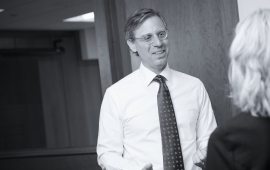 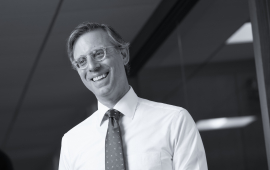 Represented large golf equipment manufacturer in case in U.S. District Court for the District of Massachusetts against numerous golf ball sellers over patents relating to aerodynamics of golf balls; defeated a motion to dismiss and obtained favorable settlements with all defendants early in proceedings.

Defended large golf equipment manufacturer against competitor who alleged that several golf clubs infringed a patent; obtained summary judgment of non-infringement for all golf clubs and claims from U.S. District Court for the Eastern District of New York, defended decision on appeal to the U.S. Court of Appeals for the Federal Circuit, and obtained second summary judgment of non-infringement after initial decision was partially vacated on appeal.

Represented large provider of IT management solutions in lawsuits in U.S. District Courts for the Eastern District of New York and the Northern District of California against competitor alleging infringement of patents relating to object code instrumentation and misappropriation of trade secrets; took the lead in discovery matters, argued several Daubert motions in court and participated in successful settlement negotiations of all matters shortly before trial.

Defended company medical device manufacturer against claimed infringement of expired patent relating to laser hair removal; obtained stay of matter pending reexamination of patent, which resulted in cancelling of all allegedly infringing claims and dismissal of case against client.

Represented large semiconductor manufacturer in an ITC investigation and parallel district court proceeding in U.S. District Court for the Northern District of Illinois, defending against two patents owned by a competitor relating to microelectromechanical systems (MEMS) microphones; instrumental in prevailing in a rare initial determination proceeding (akin to a preliminary injunction hearing), in which an administrative law judge found the competitor's patents were invalid, and then in proving invalidity at full merits hearing; ITC affirmed both invalidity determinations.

Represented many companies over the years in patent litigations brought by numerous non-practicing entities, including in U.S. District Courts for the Eastern District of Texas, District of Delaware and Northern District of California; aggressively pursued early motions and uncovered key prior art that led to favorable settlements for his clients.

Represented semiconductor manufacturer in patent case against competitor in litigation in U.S. District Court for the District of Delaware, in which both sides asserted patents relating to power management and A-D converters; conducted Markman hearing and obtained favorable construction, leading to the case being settled on favorable terms shortly after fact discovery began.

Defended three major telecommunications companies against patent claims relating to VoIP technology in U.S. District Court for the Eastern District of Texas; took lead in preparing pretrial filings and assisted with trial witness preparation; case was settled after the third day of trial for a fraction of the original demand.

Defended large telecommunication company in patent litigation in U.S. District Court for the Northern District of Texas brought by a competitor over eight patents relating to encryption, unified communications, messaging, and audio and video codecs; filed four petitions for Inter Partes Review with the Patent Office, and obtained institution on all of them; case settled favorably shortly thereafter.

Represented company that provides intelligent video monitoring products who sued larger competitor for infringement of patent related to video monitoring and for theft of trade secrets in U.S. District Court for the Central District of California; case settled favorably during fact discovery after Mr. Stern took key deposition of engineering employee of defendant.

Defended three telecommunications networking companies in E.D. Tex. against accusation of infringement of patents relating to VoIP technology; lead responsibility for witness who testified at trial about key prior art; case settled the next day for a fraction of the original demand.

Defended large manufacturer and reseller of telecommunications equipment against copyright infringement, breach of contract and misappropriation of trade secret claims involving Simple Network Management Protocol (SNMP) in numerous cases filed in U.S. District Court for the District of Delaware and U.S. Bankruptcy Court for the District of Delaware; was responsible for the day-to-day conduct of all cases, took and defended numerous fact and expert depositions, and was instrumental in filing summary judgment and Daubert motions, as well as numerous other pretrial motions; all cases were settled within days of trial of lead case.

Represented large international manufacturer and seller of telecommunications equipment to all major wireless providers against a supplier in a breach of contract, theft of trade secrets and unfair competition action brought in the Commercial Division of the New York State Supreme Court, a case in which the plaintiff brought two separate preliminary injunction motions to stop our client from selling key hardware and software that is instrumental in sending data over Code-Division Multiple Access (CDMA) wireless networks; the case was settled favorably during a hearing on second preliminary injunction when it became clear that plaintiffs motion was unlikely to succeed.

Don't Get Caught: Traps for the Unwary in Employer DE&I Initiatives

Please join us and ACC Northeast's Diversity, Equity & Inclusion Committee as we sponsor this interactive discussion regarding the legal landscape surrounding various organizational diversity, equity and inclusion initiatives and the legal pitfalls organizations...

(April 8, 2021) – Verrill is pleased to announce nine of the firm’s attorneys in its Westport, Connecticut office were ranked as Top Lawyers in Fairfield County by Moffly Media, the publishers of popular...

The recent regulatory back-and-forth over the investment of ERISA-governed retirement plan assets based on environmental, social, and corporate governance (“ESG”) factors has demonstrated that ESG investing will remain under an intense spotlight for some...

On Thursday, April 22 attorneys Bill Harwood and Scott Anderson will be presenting for HalfMoon Education Online Learning's Issues in Maine Energy and Electric Utility Regulation, an interactive webinar. In the webinar, attendees will...

Among other things, the American Rescue Plan Act of 2021 (“ARPA”), signed into law on March 11, 2021, provides “assistance eligible individuals” (“AEIs”) who lose their health insurance coverage under an employer’s group health...

Last month, we advised readers of this blog to consider efforts to formalize the fiduciary governance of their health and welfare benefit plans. In that post , we described some of the reasons that...