In two related cases, Petitioners are asking the U.S. Supreme Court to strike down state generator subsidies that Petitioners argue distort competitive wholesale power markets that are under the exclusive jurisdiction of the Federal Energy Regulatory Commission (FERC) under the Federal Power Act (FPA). Both cases concern "zero emission credits" (ZEC) schemes, one in Illinois and one in New York, that subsidize nuclear power plants. These ZEC subsidies allow otherwise uncompetitive nuclear plants to stay profitable and continue to operate, even if they fail to receive sufficient compensation in wholesale power auctions. Both the Second and Seventh Circuits have upheld the ZEC nuclear power subsidies.

Should the Supreme Court accept the cases, it would be a follow up to the Court's 2016 decision in Hughes v. Talen, in which the Court ruled that a Maryland generator subsidy program was preempted by the FPA. Under Maryland's program, generators would receive a set price for energy, regardless of the outcome of the wholesale auction, but they were nevertheless required to bid into the wholesale auction and be accepted as a winning resource. Because of the specific nature of that program, the subsidized generators' only incentive was to bid as low as possible in order to clear the auction. Thus, the program had the clear effect of distorting the wholesale power market, as generators were not bidding into the market based on their true costs to deliver power.

The Court's holding in Hughes is narrow: it only prohibits states from implementing a subsidy program that ties compensation to participation in the wholesale market. The ZEC schemes in New York and Illinois were drafted to avoid the Hughes problem but accomplish the same goal. Petitioners are asking the Court to expand the Hughes holding to include programs that have the necessary effect of distorting wholesale markets, albeit in a way that is not directly tethered to participation in the wholesale market.

According to Petitioners, the ZEC schemes have exactly the same effect as the Maryland program. The nuclear plants will receive a guaranteed rate, regardless of the FERC-approved auction rates. Petitioners further argue that, although not explicitly required to participate in wholesale markets, due to the nature of nuclear power, nuclear plants must run continuously and will inevitably sell all of their output in wholesale markets. Thus, as a practical matter, the subsidy scheme is indistinguishable from the Maryland scheme that the Court struck down in Hughes.

FERC has struggled with the question of to what extent wholesale power markets should accommodate state policy goals. Should the Court accept the ZEC cases, it could clarify the scope of FERC's authority to preempt state policy goals that interfere with the operation of wholesale markets. 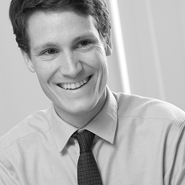