EPA and States Locked in Funhouse Litigation over WOTUS Rule 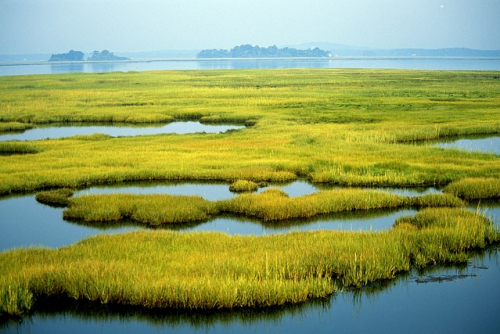 Eighteen states that are suing the EPA and the Army Corps of Engineers to block the regulation attempting to identify jurisdictional waters of the United States under the Clean Water Act have filed a motion for a preliminary injunction with the U.S. Court of Appeals for the Sixth Circuit. At the same time, the 18 states filed a motion to dismiss the litigation, arguing that the Sixth Circuit does not have original jurisdiction over the challenges to the WOTUS rule and that the challenges should be heard at the district court level.

The motions before the Sixth Circuit follow a preliminary injunction issued on August 28 by the U.S. District Court for North Dakota. The scope of that injunction was clarified in a September 4 order from the district court as applying only in the 13 states that are plaintiffs in that litigation. The district court did not impose its preliminay injunction nationwide, as urged by the plaintiffs, primarily out of deference to other federal courts, in particular the Sixth Circuit, where many, but not all, of the challenges to the WOTUS rule have been consolidated by the U.S. Judicial Panel on Multidistrict Litigation.

Meanwhile, yesterday the EPA renewed its request to the North Dakota District Court to stay its preliminary injunction (i.e. stay the stay) until the Sixth Circuit rules on whether to consolidate all of the challenges to the WOTUS rule. A hearing on the issue is scheduled to be held by the Sixth Circuit on October 1.

Many have remarked at the irony of this procedural morass of litigation and patchwork regulatory framework resulting from the government's attempt to enact a rule that would bring clarity to Clean Water Act jurisdiction.

What appears to be lost in all of the hyperbole is that the WOTUS rule is not really that big of a change from the status quo. In many ways, the rule is an attempt to codify existing criteria that the EPA and Army Corps have been applying for some time on a case-by-case basis. The current barrage of litigation, mostly pitting lawyers for state attorneys general against lawyers for the federal government (with lawyers for a few issue-oriented NGOs thrown in), appears to be more about states' rights activism than about clean water.