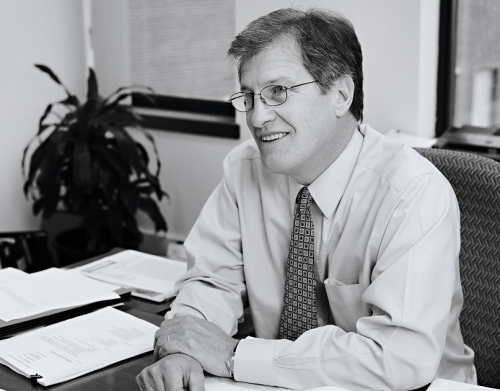 In September, William Harwood will be retiring from Verrill Dana in order to join the Maine Governor’s Energy Office (GEO) as senior advisor for regulatory affairs. Bill has devoted his 42-year career at Verrill to representing public utilities before state and federal regulatory agencies. In this new role for the State, Bill will advise Governor Mills and the Administration on energy issues and play a key role supporting the GEO’s work with State and Federal regulatory agencies.

“Bill is joining the Governor’s Energy Office at a very exciting and important time for energy policy in the State of Maine,” explained Jim Cohen, Chair of Verrill’s Energy, Telecommunications, & Natural Resources Group. “Bill was my mentor I joined the firm 30 years ago, and his wealth of experience in the energy and regulatory field poise him to be successful in his new role.”

Bill has represented electric, gas, water, and telecommunications companies in more than 50 major cases before the Maine Public Utilities Commission and Federal Energy Regulatory Commission, including rate cases, prudence investigations, management audits, merger approvals, requests for Certificates of Public Convenience and Necessity, and rulemaking proceedings. He has been extensively involved in traditional rate-setting issues including CWIP in rate base, attrition, accounting orders, and cost of capital. Bill was also actively involved in the restructuring of the Maine electric utility industry, including the representation of utilities in the sale of their generating assets, recovery of stranded costs, and providing standard offer (default) service. He has served as Adjunct Professor of Law at the University of Maine School of Law teaching utility regulation and administrative law.

“We wish Bill the best of luck in his exciting new role at the Governor’s Energy Office, and his decision to enter public service continues a long tradition of Verrill lawyers serving the State of Maine as judges, elected officials, and appointed public servants. While we will miss him at the firm, we celebrate the great service he has given to our energy and utilities clients over four decades,” said K.C. Jones, Verrill’s Managing Partner.