On July 1, 2021, LD 936, An Act To Amend State Laws Relating to Net Energy Billing and the Procurement of Distributed Generation became law after Maine Governor Janet Mills allowed the legislatively enacted bill to go into effect without her signature. Because the bill was not adopted on an “emergency” basis, it will go into effect 90 days after the Legislature adjourns this summer.

LD 936 was introduced as a measure to control the rapid growth of net energy billing (NEB) projects in Maine following adoption of LD 1711 during the 2019 session of the Maine Legislature. Following passage of the 2019 bill, hundreds of distributed generation solar projects (under 5MW) commenced in Maine which created interconnection challenges and raised questions about cost impacts on electric ratepayers. To manage the spike in projects, the bill placed a moratorium on new NEB projects between 2 to 5 MW, but allowed certain projects to be “safe harbored” as long as they had obtained a signed interconnection agreement or net billing agreement with Central Maine Power or Versant Power by certain dates specified in the Act. The Act also provided a “good cause” provision that allows projects not meeting all the safe harboring requirements to petition the Public Utilities Commission and request safe harbor status – for “good cause.” Upon approval these projects would be allowed to operate under the current NEB program. It is unknown at this time when the PUC will start accepting these petitions nor how strict the Commission will be in granting “good cause” petitions.

Supporters of the Act say it will help control the massive influx of new projects being developed in the State. Opponents disagree, arguing that it will curtail projects and drive-up electric distribution rates. After LD 936 was enacted by the Legislature along largely partisan lines, Governor Mills allowed the bill to become law without her signature because she believed the safe harbor provisions of the bill grew larger than expected. 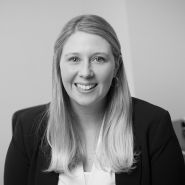