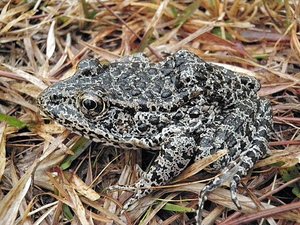 You might assume that if an endangered species is nowhere to be found on your property, you can rest easy. “No,” said the U.S. Fish and Wildlife Service, which decided in 2012 that if your land might be a good place for the Dusky Gopher frog to live, you might be subject to development restrictions under the Federal Endangered Species Act.

Weyerhaeuser sued, claiming that USFWS’s decision about what constitutes “critical habitat” was too broad. The U.S. Supreme Court agreed, and further held that because Weyerhaeuser’s land needed work to host this endangered frog (the planting of lots of new pine trees), USFWS should have considered those costs before concluding that this private land was endangered-frog-ready.

So…we needed the US Supreme Court to tell us that land bereft of the frog, that needed work before it could host the frog, cannot be considered frog “critical habitat”??? Apparently, yes.

If you have questions regarding development restrictions under the Federal Endangered Species Act contact Scott Anderson or another member of Verrill Dana’s Environmental Group.