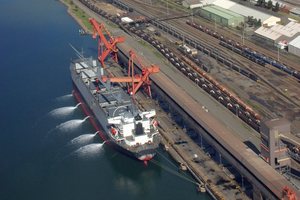 On October 5, in the case of Natural Resources Defense Council v. U.S. EPA, the United States Court of Appeals for the Second Circuit invalidated the process USEPA used in promulgating its 2013 Vessel General Permit that sets that agency’s standards for discharges from merchant vessels under the federal Clean Water Act, also setting aside the VGP. Pursuant to the Court’s decision, EPA must completely re-do the regulatory process from the beginning, this time formulating a new VGP taking into account factors including: (1) EPA's previous decision to set the TBELs (Technology-based Effluent limitations) at the IMO (International Maritime Organization) Standard; (2) EPA's failure to consider onshore treatment for ballast water discharges; (3) EPA's decision to exempt pre–2009 Lakers from the TBELS in the 2013 VGP permit; (4) EPA's narrative standard for WQBELs (Water Quality-based Effluent Limitations) and (5) The monitoring and reporting requirements established by EPA for WQBELs.

It is critical to note that the Court also ruled that the 2013 VGP remains in effect until EPA issues a new VGP. As for the Coast Guard’s ballast water regulations, those were primarily promulgated under authority from Non-indigenous Aquatic Nuisance Prevention and Control Act of 1990 and the 1996 National Invasive Species Act (NISA), statutes separate in many respects from the Clean Water Act, and more closely focused on preventing the transport into the U.S. of harmful organisms such as zebra mussels, green crab and certain micro-organisms. That authority and the Coast Guard’s ballast water regulations were not ruled upon in this case.

EPA must choose between re-doing the VGP regulatory process or seeking Supreme Court review of the Second Circuit’s decision. Either way, long-standing issues will likely continue to be unresolved, or at the least unclear. These include the ambiguities between USEPA and USCG responsibilities regarding vessel discharges, the balancing process between TBELs and WQBELs, the problematic aspects of potentially requiring shore-based treatment of ballast water and – most of all – how U.S. environmental regulation can be effectively yet pragmatically be applied to the essentially global shipping industry.