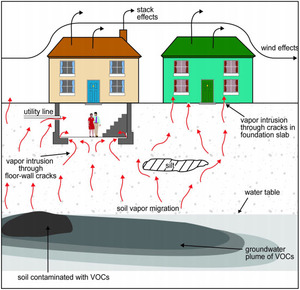 Section 105(a)(8)(B) of CERCLA sets forth the outlines of the scoring system used by the U.S. Environmental Protection Agency (the “EPA”) Superfund program to assess and rank the potential and actual threat associated with sites across the country. The scoring system is known as the Hazard Ranking System (the “HRS”). The HRS was originally adopted in 1982, but was subsequently amended in 1990 in response to the Superfund Amendments and Reauthorization Act.

The HRS groups information obtained by EPA from its Preliminary Assessment and Site Inspection into four predetermined categories or “pathways.” The pathways include: (1) groundwater migration; (2) soil exposure; (3) surface water migration; and (4) air migration. EPA then weighs the four pathways against three individual factors grouped into three categories: (1) the likelihood of a release; (2) waste characteristics; and (3) “targets” or nearby human population and sensitive environments. EPA next assigns numeric values to each pathways and plugs the numbers into a magic formula that spits out a score ranging from 0 to 100. Any site that receives a score of 28.50 or above must be placed on the list of sites that require the most urgent attention, known as the National Priorities List (the “NPL”). Since 1991, EPA has added, on average 30 sites to the NPL each year. That number, however, may begin to rise soon.

EPA recently announced that it plans to publish a new rule adding a fifth pathway to HRS. EPA’s fifth factor would weigh the likelihood that vapors from contaminated groundwater or soil would migrate into nearby buildings posing a potential health risk—the concept commonly known as “vapor intrusion.” EPA officials view vapor intrusion as one of the most direct ways in which the public comes into contact with contamination at hazardous sites providing the impetus for inclusion in the HRS. Others have cautioned, however, that EPA’s technology for measuring indoor and subslab vapors is inexact. Inexact measurements could result in false positives ratcheting up HRS scores and resulting in dozens of additional sites being added to the NPL.

The minutia of the proposed rule has yet to be seen as EPA has indicated it will be published in mid-February. Once published, a 60-day comment period will open. For more information about the details of the rule or filing a substantive comment with the EPA, please contact either Karen Mignone or Mat Todaro, leading members of Verrill Dana’s CERCLA team.