Represented many companies over the years in patent litigations brought by numerous non-practicing entities, including in U.S. District Courts for the Eastern District of Texas, District of Delaware and Northern District of California; aggressively pursued early motions and uncovered key prior art that led to favorable settlements for his clients. 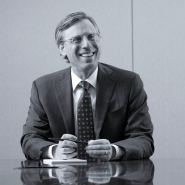 The trade relationship between China and the United States has been top of mind for businesses over the past year. In spring 2018, Chinese President Xi Jinping denied the U.S. Government's request to end...