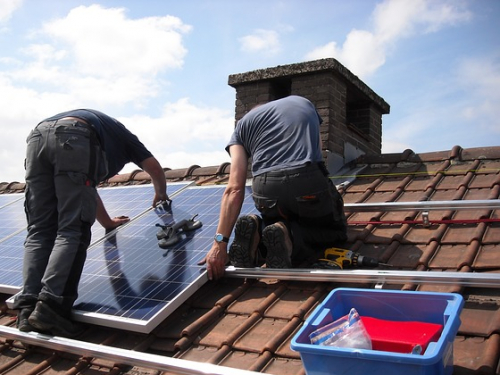 When the Salt River Project utility in Arizona decided to impose new charges for its customers with rooftop solar installations in February, it opened another front in the solar war being waged across the country. Normally, these fights play out before state administrative agencies tasked with setting utilities’ rates and rules. Solar supporters argue that the fees discourage cost-beneficial investments into rooftop solar, while utilities argue that rooftop solar customers still rely on the grid and are not paying their fair share of the costs to support that grid.

Unlike most utilities, however, Salt River’s rates are not set by the state authority charged with setting electric rates, which in Arizona is the Arizona Corporation Commission (ACC). Under Arizona law, Salt River is a political subdivision of the state that is allowed to set its own rates for retail electric service. As many rooftop solar supporters see it, Salt River has a natural monopoly over retail electric service, has no regulatory oversight, and is abusing its market power to crush its distributed solar competition.

Within a week of Salt River’s decision, SolarCity, the largest installer of rooftop solar panels in the country, filed an anti-trust suit in federal court in Arizona. Salt River moved to dismiss all of SolarCity’s claims arguing that SolarCity (1) failed to define the relevant market, (2) failed to allege an adequate injury, and that (3) Salt River is immune from suit as a public entity. In a recent decision on Salt River’s motion, the court addressed each of these arguments.

On the first issue, defining the market, the court found that the relevant product market is the provision of electricity to customers, which is served by both rooftop solar systems and public utilities. Salt River had argued that rooftop solar was not interchangeable with its retail electricity service because customers who generate their own power must still purchase electricity from Salt River. The court rejected this argument, concluding that even though rooftop solar customers still purchase power, the electricity they generate reduces their need to buy power from Salt River. The court emphasized that, unlike other means of generating electricity, only distributed solar and retail electric power were economically feasible and they were therefore the only competitors in the market.

Next, the court moved on to SolarCity’s alleged injury. SolarCity alleges that Salt River’s fees are not designed to recoup the costs of the grid but to deter its customers from installing rooftop solar panels. Although Salt River argued that SolarCity is not its competitor because it does not provide retail electricity service in Arizona, the court quickly rejected this argument because of the direct interchangeability of the two companies’ products.

On the final issue, immunity, the court got into the weeds of antitrust and immunity law. Salt River essentially argued that it was immune from suit as a public entity. The court did agree with Salt River that SolarCity could not recover damages because Salt River is a political subdivision of the state, but SolarCity is really after an injunction—it wants Salt River’s fees thrown out. Salt River also argued that ratemaking is a legislative or administrative function, but the court found that ratemaking was necessarily a legislative function only when the ACC sets a utility’s rates. Since Salt River’s rates are not set by the state commission, it was not entitled to immunity as a matter of law. The court dismissed some of SolarCity’s claims but the heart of the case is still alive.

Solar advocates and utility executives will no doubt be watching this case closely because of Arizona’s importance to the rooftop solar industry. In Salt River’s service territory alone, there are more than 15,000 customers with rooftop solar panels installed or under contract.