78 Taps of Beer on the - Shipping Container? 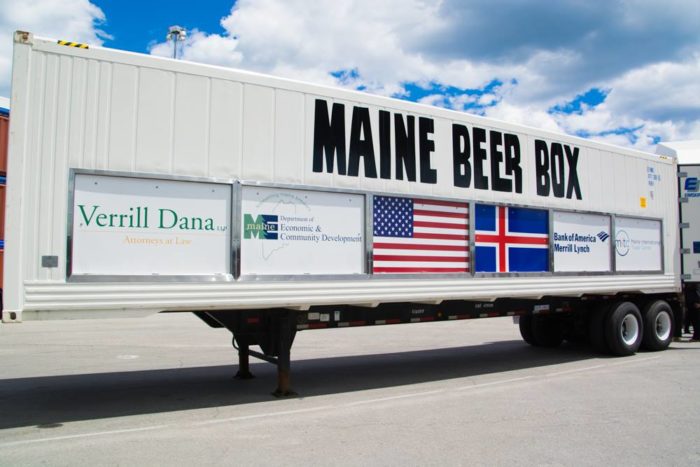 On June 24, the people of Reykjavik, Iceland will get a taste of Maine in their hometown – 78 taps of beer to be exact. After years of planning and a great deal of collaboration between the Maine Brewers Guild and various brewers and industry partners throughout the state, the Maine Beer Box, a traveling international beer festival, was born. The 40-foot refrigerated shipping container features 78 taps from more than 50 Maine breweries. After completing the nine-day maiden voyage to Iceland, the beer will be served to more than 1,000 people at the BjórFestival.

As connections between Iceland and Maine strengthen and the warming climate makes way for new passages, it's becoming less expensive to export products to Iceland and other parts of the Arctic than it is to ship products across the country. Later this month, our own Tawny Alvarez and Ben Ford will make the trip to Iceland, joining more than a dozen brewers to partake in the festival and to make valuable connections that will help advance Maine's brewing community overseas.

After its unveiling last Friday, the Maine Beer Box has made quite a splash, featured in The Washington Post and The Boston Globe. Photos from the press conference, during which Verrill Dana attorney Charlie Bacall gave remarks about this historic event, can be found on Verrill Dana's Facebook page.

From idea to execution, we are proud to be involved in this groundbreaking initiative, clearing the way for one of Maine's strongest, and growing, industries to expand north.