It’s Only “Natural:” Avoiding the Risk of Consumer Lawsuits Over Food Labels 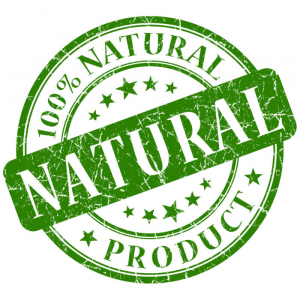 Americans are increasingly sensitive to the ingredients that go into the food that we eat. Recently, Congress passed a law requiring manufacturers to label or place QR codes on products containing or made from genetically modified organisms ("GMOs"). Now, consumer advocates have turned their attention to food products bearing the word "natural," raising legal risks for all food manufacturers who label products with that term.

Unlike many terms pertaining to food, such as "light/lite," "low calorie," "fat free," and "reduced sodium," the Food and Drug Administration (the "FDA") does not officially define the term "natural." Instead, the FDA has a longstanding, but nonbinding policy regarding the use of "natural" in human food labeling. Specifically, the FDA considers "natural" to mean "that nothing artificial or synthetic (including all color additives regardless of source) has been included in, or has been added to, a food that would not normally be expected to be in that food."

The FDA's unofficial definition of "natural" has left both industry groups and consumers hungry for clarification. The public appetite for an ampler definition of "natural" is so hearty that the FDA held a comment period for more than a year to determine how the public would like to see the term defined. The FDA received over 7,600 comments from consumers, food producers, and industry groups. Currently, the FDA is processing those comments and will decide, based in part on that analysis, as to whether it will write a rule defining "natural."

Unsurprisingly, the ambiguity and strong feelings surrounding the use of "natural" on food labels has led to very serious legal consequences for food producers. Notably, a federal appellate court in California allowed a lawsuit to proceed against Dole Packaged Foods for Dole's use of labels reading "All Natural Fruit." A consumer sued Dole over its "All Natural Fruit" label, claiming that it was misleading because Dole includes manufactured chemicals – namely, citric and ascorbic acid – with its packaged fruit. After the federal District Court granted summary judgment in the case for Dole, the Ninth Circuit Court of Appeals found it plausible that the "All Natural Fruit" label could mislead consumers, and reversed the District Court, allowing the suit to go to trial. The case is currently pending in federal District Court.

Even the few cases ruling in favor of food producers that use "natural" on their labels have shaky legal justifications. Recently, a federal judge in Illinois threw out a case against Quaker Oats in which the plaintiff claimed that Quaker's "100% Natural" label misled consumers. The consumers argued that because Quaker's oats contain traces of a synthetic herbicide called glycophosphate, they are not "100% Natural." The judge did not address the question of whether "100% Natural" misled consumers, but rather ruled that because the federal government has the exclusive power to regulate herbicide use, the state consumer protection law could not abridge that power. Legal experts generally agree that this reasoning misapplies the law. They expect that the Seventh Circuit, which will hear an appeal by the plaintiffs, will overturn the District Court's dismissal.

All food producers and other businesses that use the word "natural" on their labels should assess their risk under state and federal consumer protection statutes. Verrill Dana's attorneys can provide thoughtful advice on food labeling that helps clients avoid costly litigation over label terms like "natural." For more information regarding legal issues associated with product labeling, please see our post on "Grey Areas for Green Labels" on Verrill Dana's environmental blog, Law of the Land (and Air and Water).