(4/25/2016) – Verrill Dana is pleased to announce that attorney Eugene H. Ho has joined the firm's Corporate group in Boston. Eugene was most recently at Posternak Blankstein & Lund LLP in Boston. 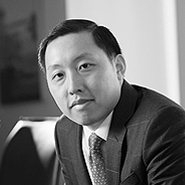 JD Supra, a daily source of legal intelligence on a variety of topics, recognized law firms and top authors for their thought leadership in key topics in its 2021 JD Supra Readers' Choice Awards...

On June 11, the Small Business Administration (SBA) and the Treasury Department published important guidance that the revised 60% condition under the Paycheck Protection Program Flexibility Act will be applied proportionately, and not as...

On June 5, the President signed into law the Paycheck Protection Program Flexibility Act. This is the second amendment to the Program, the first being on April 24, to increase funding levels to $659...

How to use this article: You already know that the Paycheck Protection Program (PPP) is highly complex, with intertwining conditions, exceptions, and definitions that defy simple explanation. This article assumes that you are pretty...

(February 8, 2021) – Verrill attorney Eugene Ho was honored as a “Go To Business Lawyer” by Massachusetts Lawyers Weekly . The inaugural list, which is part of the publication’s new “Massachusetts Go To...