One of the longest serving health care executives in the state, Roosevelt has reentered private practice after more than 10 years as the President and Chief Executive Officer of Tufts Health Plan. Under his leadership, Tufts Health Plan's membership grew significantly, expanded its geographic reach and increased revenues.

In 2016, Roosevelt was a distinguished Visiting Fellow at Harvard's Institute of Politics at the John F. Kennedy School of Government. He chairs the Policy and Regulatory Committee of America's Health Insurance Plans. He is a member of the board of directors of Alere Inc. and serves as the chair of its Compensation Committee and member of its Nominating and Governance Committees. He is also a member of the Executive Committee and co-chairs the Rules and By-laws Committee of the Democratic National Committee, as well as volunteering as chief legal counsel of the Massachusetts Democratic Party. In 2008, President-elect Barack Obama appointed Roosevelt to his transition team to co-chair a review of the Social Security Administration. Prior to his role at Tufts Health Plan, he was a partner at a major Boston-based law firm. Roosevelt earned his undergraduate degree from Harvard College and his J.D. from Harvard Law School. He also completed the Advanced Management Program at the Harvard Business School.

"Jim's experience and leadership in the health care industry make him an invaluable addition to our Group and to the firm," said Jeffrey Heidt, Chair of Verrill Dana's Health Care Group. "The health care sector is constantly evolving and shifting, sometimes tumultuously, and Jim has the legal judgment, practical acumen, and big-picture understanding to help our clients make smart adjustments." 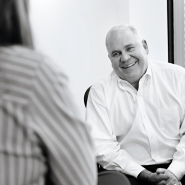 (January 19, 2021) – Verrill was recently ranked third in the American Bar Association (ABA) Health Law Section's Eighth Annual Top 10 Recognition for the Northeast Region. This is the sixth consecutive year that...