(1/14/2016) Verrill Dana is pleased to announce that attorney Michael L. Fay has joined the firm's Private Clients & Fiduciary Services Group. Michael was most recently a partner in the Boston firm of Choate Hall & Stewart, LLP, and previously a partner at the firm of Hale & Dorr (later WilmerHale). Michael has over 40 years of experience representing high net worth clients and their families in a full range of their wealth management needs. Throughout his career he has provided counsel to venture capitalists, investment bankers, founders of significant private firms, senior officers of publicly owned companies, real estate developers, key executives or pre-IPO and other emerging firms and families with significant accumulated capital.

Michael has been recognized annually by Worth magazine as one of the nation's "Top 100 Attorneys" based upon his outstanding legal experience and exceptional client service, and he has also received Boston Magazine's FIVE STAR Wealth Manager Award. He is listed in Best Lawyers in America© for Trusts and Estates and has been named a Massachusetts Super Lawyer from 2004 – 2015 in Estate Planning/Trust Law. Michael has been quoted on estate and tax planning and philanthropy in The Wall Street Journal, Time, Forbes, Financial Planning, US Trust Company of New York's Business Advisor, Family Business Magazine, The Boston Business Journal and Massachusetts Lawyers Weekly, as well as on National Public Radio. 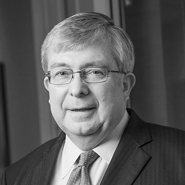 Litigation and Negotiations of Trust

We represented the client and other family members in litigation and negotiations resulting in a settlement pursuant to which the Trustee of a Trust established by the client's late parent, with assets approaching $500,000,000.00...

SECURE ACT What you need to know : The Setting Every Community Up for Retirement Enhancement (SECURE) Act went into effect on January 1, 2020. The most significant provisions of the SECURE Act involve...

Representation of a client in connection with estate and tax planning involving net worth in excess of $500,000,000.00, including major philanthropic plans, disposition of an exceptionally valuable art collection and provisions for a non-citizen...

We provided estate and tax planning, in conjunction with advice from other advisors, to the majority owner of a major family controlled network of businesses to ensure transfer of ownership and control to younger...

We have assisted a client and his other advisors in creating and implementing a plan, involving gifts and sales of interests to trusts for the benefit of younger generation family members, involving hundreds of...

We represented the daughter of billionaire parents in negotiating a prenuptial agreement, including crafting disclosure of both interests in trusts of which she is currently a beneficiary and her contingent interests in assets that...

We represented one of the independent trustees of a trust holding multibillion dollar investments in two public companies in the context of a family dispute respecting control of the family's interest in those companies...