(June 2, 2016) – Verrill Dana has once again been listed as a "Notable Firm" in Maine for its Intellectual Property practice in Managing Intellectual Property's 2016 IP Stars Guide. James Goggin, Tim Shannon and Thomas Newman were all individually recognized for the second consecutive year, with special recognition for a recent victory helping to cancel the trademark on the term "fire cider," a common product made by small herb farms.

The IP Stars Guide, compiled annually by Managing Intellectual Property since 1990, is based on rigorous and impartial research. Firms cannot vote for their own inclusion or solicit votes from colleagues, and to be included, a firm must receive a large number of recommendations from peers and clients.

Timothy Shannon, also recognized on both the patent and trademark lists, is a commercial litigator specializing in intellectual property, with a particular focus on patent and patent "troll" litigation in a variety of high-tech fields. He has handled patent cases involving a wide range of technologies, including software, data- and telecommunications, online banking, as well as medical devices, screening and testing. His complaint-to-trial experience includes Markman hearings in courts across the country, from Massachusetts to Texas. He earned his law degree, cum laude, from Harvard Law School and holds a master's degree from Oxford University and an undergraduate degree from Yale University. 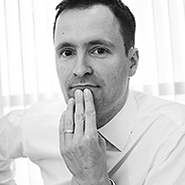 (November 9, 2020) – The 2020 edition of New England Super Lawyers and Rising Stars© has recognized a total of 35 Verrill attorneys for excellence in their individual areas of practice. Only the top...

Filed successful motion to dismiss a design malpractice claim arising out of alleged defective specifications on a renovation project at the Portsmouth Naval Shipyard in Kittery, Maine. The court’s decision may be found at...

We are successfully pursued claims in federal court seeking recovery of damages arising from defects in the design and construction of a $170 million addition to a Maine hospital complex. The case involved building...