Why has substantial experience in prominent policy and legislative issues affecting the cable, broadband, wireline and wireless industries. Prior to joining Verrill Dana, Why was a partner at a major national firm based in Boston and served as Commissioner and General Counsel of the Massachusetts Department of Telecommunications and Cable. In his role as Commissioner, he spearheaded state interests at the FCC regarding wireless spectrum auction, public safety, broadband deployment, IP transition, and Universal Service Fund reform, in addition to adjudicating cable rate cases, handling interconnection disputes, and enabling wireless companies to do business in the Commonwealth as "eligible telecommunications carriers."

Why's addition to the firm adds both depth to its utilities experience and a greater geographic reach as the first telecommunications attorney based in the firm's Boston office.

Why is currently a board member of the Asian Community Development Corporation. He received his law degree from the Boston College Law School and earned his bachelor's degree from Boston College. He received the 2016 Community Service Award from the Asian American Lawyers Association of Massachusetts earlier this month, as well as the Outstanding Service Award from the New England Conference of Public Utilities Commissioners in 2014 and the Edward J. McCormack Jr. Award for Excellence from the Office of the Attorney General of Massachusetts in 2006. 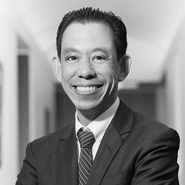 (May 14, 2021) – Verrill is pleased to announce that Jim Cohen has been appointed chair of the firm’s Energy, Telecommunications, and Natural Resources Group. Cohen, a former Mayor of Portland, is a long-time...

Many of Maine’s rural areas do not have adequate access to high-speed broadband services. In 2008-09, a group of Internet providers and CLECs joined with state officials to map out a plan to install...

Represented large international manufacturer and seller of telecommunications equipment to all major wireless providers against a supplier in a breach of contract, theft of trade secrets and unfair competition action brought in the Commercial...

Defended large telecommunication company in patent litigation in U.S. District Court for the Northern District of Texas brought by a competitor over eight patents relating to encryption, unified communications, messaging, and audio and video...

Defended three telecommunications networking companies in E.D. Tex. against accusation of infringement of patents relating to VoIP technology; lead responsibility for witness who testified at trial about key prior art; case settled the next...