With many hospitals well into their FY 2021 Medicare cost report preparation, here is a brief reminder of the process required for protesting items, as well as a summary of two new developments for Medicare Graduate Medical Education (“GME”) and organ acquisition costs.

Effective for cost reporting periods beginning in calendar year 2016, CMS introduced a new cost reporting mandate that requires a Provider to claim “full reimbursement” in its as-filed cost report for any covered item or service or properly “protest” or “self-disallow” any items that may not comport with CMS policy. Although the new requirement forewarned that failure to properly “claim” or “explain” any items or services could result in a denial of Medicare reimbursement for such items or services, how the MACs and the PRRB would actually apply the new requirement was unknown. However, as the MAC has now begun to issue NPRs for the early fiscal years covered by this new rule (and the PRRB has begun to issue decisions addressing appeals from the NPRs), the impact of this new requirement has become clear – Providers must pay close attention to the items claimed or protested on an as-filed cost report. Gone are the days in which Providers may be assured that the MAC will consider a revised Medicare bad debts or DSH listing during an audit. Instead, the MAC will likely treat the bad debt amounts or DSH days identified on the as-filed cost report as a “ceiling” on the Provider’s reimbursement.

Similarly, the proper protesting of items unfortunately has come to the forefront. The PRRB recently ruled that several hospitals could not receive reimbursement for specific items because the providers did not fully comply with the regulatory requirements for self-disallowing/protesting an item on the cost report. Providers are well advised to become familiar with the requirements and ensure that cost reports are filed accordingly.

For cost reporting periods beginning on or after January 1, 2016, CMS regulations (42 CFR 413.24(j)) require that in order for a provider to receive or qualify for reimbursement for a specific item, the provider’s cost report (as submitted, as amended, or as adjusted) must include a claim for the specific item by either:

To properly self-disallow an item, the provider must:

Note that items that clearly can be allowed by the MAC if sufficiently documented, e.g., additional Medicaid days for the DSH calculation, are not to be self-disallowed because the MAC has authority to award the requested relief, if properly documented.

In short, to be eligible for reimbursement a provider must both explain why it believes the MAC may not allow the item and show specifically how the reimbursement impact was calculated. It is not enough, as many providers do, to simply include with the cost report a single spreadsheet containing multiple self-disallowed items with only a statement of title of the issue (e.g., “Part C days”) without providing the basis for the belief that the MAC could not allow the item, and the reimbursement amount without showing a calculation of how the amount was determined.

Good news (at least for now) for hospitals that claim organ acquisition costs: CMS recently decided not to finalize a harmful proposal concerning how hospitals can count organs on their Medicare cost report. Instead, the long-standing Medicare instructions will continue to assume that organs are Medicare usable organs.

Medicare reimburses transplant hospitals for their “reasonable costs” of their expenses for organ acquisition costs. Medicare pays according to the hospital’s ratio of Medicare usable organs to the hospital’s total usable organs. For many decades Medicare policy presumed that an organ would be counted as a Medicare usable organ because the ultimate organ recipient could not be known at the time the organ was excised. In a proposed rule CMS intended to reform its payment policies by eliminating the presumption and instead require transplant hospitals to identify whether the recipient of an organ was a Medicare patient and provide auditable documentation for this conclusion. Medicare estimated that this change in cost reporting instructions would cause a loss to hospitals of $230 million in FY 2022 and $4.150 billion over 10 years.

The stakeholders response to the proposal must have been significant because CMS recently announced that it was not finalizing its proposal due to the stakeholders’ concerns that it would be unduly burdensome to hospitals to determine the insurance coverage of the recipient. CMS’ longstanding policy will continue, at least for the immediate future, as CMS continues to look into organ tracking processes.

Favorable Changes to GME and IME in FY 2022

In its final rule with comment period CMS instituted several favorable provisions concerning GME and IME of statutes that had been adopted by Congress that attempt to reduce healthcare work shortages in rural and other underserved areas.

One new provision requires the distribution to qualifying hospitals of an additional 1,000 new Medicare-funded medical residency provisions to train new physicians, phased in at no more than 200 slots per year beginning in FY 2023. A hospital may receive up to 5 new residency slots per fiscal year. To be a qualifying hospital, it must fall into one of four categories: 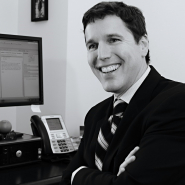