The sweeping changes created by the federal Tax Cuts and Jobs Act ("TCJA") has resulted in some states enacting their own legislation in response to the federal tax reform. On May 31, 2018, Connecticut signed into law a bill known as, "An Act Concerning Connecticut's Response To Federal Tax Reform" (the "Act"). Although the Act makes several changes to Connecticut's tax regime, this Alert highlights only a few areas of interest. Specifically, this Alert discusses certain provisions of the Act that seek to mitigate the new federal limitation on state income and property tax deductions for individuals who itemize. As discussed below, the Act creates two mechanisms to try and work around this new federal limitation. First, the Act imposes a revenue-neutral state tax on pass through entities ("PTEs") which consist of sole proprietorships, general and limited partnerships, limited liability companies taxed as partnerships, and S corporations, by assessing a tax on the entity itself. Although a tax is imposed on the entity, the Act also provides for a corresponding tax credit for the owner with the intent that the entity is able to reduce its federal taxable income (that is ultimately passed through to its owners) by being able to take a state tax deduction. In addition, the Act creates a residential property tax credit for an individual who makes a voluntary payment to a municipally-approved "community supporting organization" thereby, allowing that individual (if he/she itemizes) to claim a federal income tax deduction in the form of a charitable contribution.

The Act imposes a new 6.99% income tax on a PTE with a corresponding offsetting credit for the PTE's owners. The idea is that this tax would be revenue-neutral by shifting the non-deductible individual income tax to a deductible business tax on PTEs. Under TCJA there is no limitation on state and local taxes that are directly imposed on business entities and thus, the taxable income allocated to the business owner would be reduced by the PTE tax assessed against the business.

The new PTE tax would be calculated based on either the entity's taxable income, as determined for federal income tax purposes, that is derived from Connecticut sources (Connecticut-source income), or, at the election of the PTE, based on an alternative tax base.

The Act requires each PTE to make estimated tax payments in a manner similar to the Connecticut personal income tax as follows:

The Act allows PTEs to use the annualized income installment method to compute estimated tax liability if it results in a lower installment payment.

The new PTE tax would be offset by a Connecticut income tax credit distributed to PTE owners. The credit equals the PTE owner's distributive share of the PTE tax paid by the PTE multiplied by 93.01%. The Act also authorizes a personal income tax credit for members of the PTE that have paid taxes to other states, or the District of Columbia, that are substantially similar to the PTE tax. For Connecticut personal income tax purposes, this would be a refundable tax credit. For corporate PTE owners, any amount of credit exceeding the corporation's Connecticut corporate tax liability would be carried forward to future tax years.

Effective July 1, 2018, under the Act, Connecticut municipalities are allowed to provide for a residential property tax credit not to exceed the amount of voluntary cash donations made by the owner of a residential property located in the municipality to a "community supporting organization" during the preceding tax year. The provision is intended to give municipalities revenues towards community services while at the same time theoretically allowing individuals who itemize the ability to claim a federal state and local tax deduction in the form of a charitable contribution.

Under the Act, a "community supporting organization" means an organization that is: (A) exempt from taxation under IRC Section 501(c)(3), and (B) organized solely to support municipal expenditures for public programs and services, including public education. The tax credit authorized by a municipality may not exceed the lesser of either: (1) the amount of property tax owed, or (2) 85% of the taxpayer's donations. To claim the property tax credit, a taxpayer would have to submit an application to the tax collector in the municipality in which the property is located, between January 1 and April 1 of the fiscal year preceding the fiscal year for which the taxpayer will claim the credit. The application would have to evidence the amount of the taxpayer's donations. The taxpayer would also have to submit an affidavit affirming that the donations were made in cash and were voluntary, unrestricted, and irrevocable. Further, a taxpayer would not be allowed to use the donations to claim a tax credit for more than one assessment year.

The sustainability of the two deduction workarounds in the Act (i.e., the PTE tax with a corresponding Connecticut personal income tax credit and the charitable deductions to a community supporting organization) depend in part on the IRS's application of these provisions under the federal income tax law. Variations of the charitable deduction workaround have been proposed or enacted in other jurisdictions with the expectation that many states will enact creative laws to counteract some of the new federally imposed limitations created by TCJA. 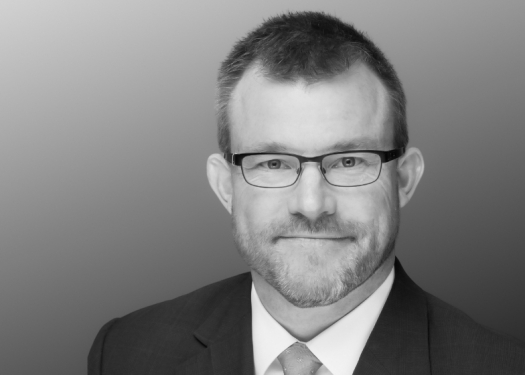