On January 23, 2019, Massachusetts Governor Charlie Baker revealed his fiscal year 2020 budget for the Commonwealth of $42.7 billion. While the budget contains a number of new initiatives, one new initiative is particularly important for pharmaceutical companies: Baker's budget allows MassHealth, the state's Medicaid program, authority to negotiate supplemental rebates directly with pharmaceutical companies, in an effort to reduce drug prices for MassHealth.

Baker's budget directs $16.5 billion, or roughly 40 percent of the total state budget, to MassHealth. (Approximately half of MassHealth's expenditures are reimbursed by the federal government.) It is anticipated that negotiations between MassHealth and pharmaceutical companies could lead to $80 million in savings for MassHealth under the budget.

Baker's administration estimates that this new cost-containing initiative would affect around 24 expensive prescription drugs, but this initiative would not exclude any prescription drugs. Importantly, MassHealth would likely need a waiver from the Centers for Medicare & Medicaid Services ("CMS") before this initiative could be implemented. (Note that MassHealth's waiver request for a closed drug formulary was denied by CMS last June.)

Important to note, Baker's budget, and in particular this initiative to negotiate supplemental rebates, is just a proposal at this time. The next step is budget discussions between the Governor's Office and the Legislature. As the annual budget process continues over the coming months, we will likely see modifications to what Baker has proposed.

The annual budget process began with Baker filing his budget as a bill with the House of Representatives. Baker's budget has since moved to the House Committee on Ways and Means ("House Committee") and the Senate Committee on Ways and Means ("Senate Committee") for examination and debate. A conference committee consisting of three members from both the House Committee and Senate Committee will meet to resolve any differences in their respective budgets and come to a final agreement on the state's budget. Once the House of Representatives and Senate vote in favor of the budget, it will be sent to Baker for a final review and signature. Baker has 10 days to review and take action on the budget; Baker may approve or veto the budget in its entirety, make line-item vetos, veto outside sections or submit modifications as an amendment to the budget for further consideration by the House of Representatives and Senate. The final budget should be enacted at the end of June 2019 or the beginning of July 2019.

Verrill Dana will continue to analyze subsequent versions of the state's budget and will monitor the legislative process. For assistance with questions regarding Baker's budget or if your organization would like to become directly involved in this conversation, please reach out to James Roosevelt, Andrew Rusczek, or your regular Verrill Dana attorney. 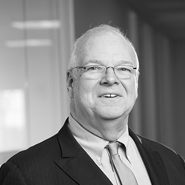