Pursuing Business in China? Continue to Proceed with Caution

In the continuous "chess game" between China and the United States regarding matters of trade, President Xi Jinping has made the latest move allowing intellectual property ("IP") rights cases to be taken to China's Supreme Court beginning in January 2019. Until now, these matters could only go to the provincial-level high courts. With this step, there is hope that more uniformity in IP decisions and awards will be achieved.

As I discussed in the spring in my previous article entitled, "Foreign Companies Pursuing Business in China: Proceed with Caution," President Xi had expressed that intellectual property infringers should receive harsher punishments. This new development appears to be a step in the right direction toward providing recourse for IP infringement in China.

However, while seemingly improving the IP system, the Chinese government continues to promote forced technology transfer in China through its Made in China 2025 initiative, which still exists as a major concern in trade negotiations with the U.S and Europe. Many argue that this initiative would allow the theft of more intellectual property in key industries such as advanced information technology, aviation, rail, new energy vehicles, agricultural machinery, new materials and biopharma. The very real threat of forced technology transfer is exemplified by the recent case between Chinese wind turbine manufacturer, Sinovel Wind Group, and U.S. based company, American Superconductor Corporation. This case highlights the significant risks at play in doing business with Chinese companies.

With significant economic opportunities for foreign companies in China, pursuing business there is increasingly difficult to forego as a strategy to protect their technologies. We can hope that over time the risks to foreign companies will be reduced as a result of ongoing pressure from the U.S. and Europe to improve China's IP system and limit or stop forced technology transfer.

Notwithstanding the uncertainty in the Chinese courts, securing IP rights in China, in particular patent rights, should be an important aspect of companies' Chinese market strategy. Without IP rights, foreign companies will be left with no recourse against misappropriation of their technologies. Patent rights, unlike trade secrets and copyrights, do not require proof of copying as part of a claim of infringement. Therefore, with all other things being equal, demonstrating infringement of patent rights will be less challenging than other IP rights. 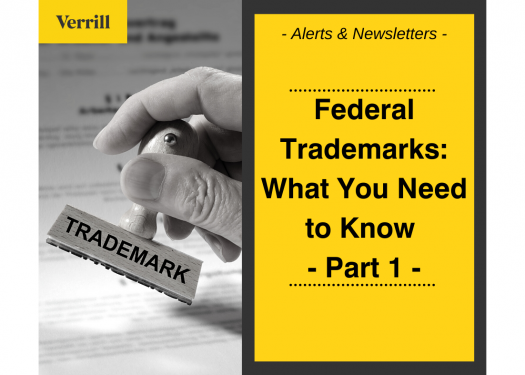