Due to the significant changes to the Internal Revenue Code ("Code") made by the Tax Cuts and Jobs Act ("Tax Act") at the end of last year, the Department of the Treasury has been very busy issuing guidance and proposed regulations on various tax matters, including rules regarding the 20% deduction for pass-through entities under newly enacted Section 199A of the Code. Earlier this month, the Department of Treasury simultaneously issued proposed regulations and Notice 2018-64 to address some of the complexities inherent in the 199A statute. The preamble to the proposed regulations indicates that guidance is being provided for computational, definitional, and anti-avoidance purposes.

By way of background, for the 2018 tax year through the end of 2025, a non-corporate taxpayer may be eligible to deduct 20% of the taxpayer's qualified business income ("QBI") with respect to each qualified trade or business plus 20% of the aggregate amount of qualified cooperative dividends, qualified real estate investment trust dividends and qualified publicly traded partnership income of the taxpayer for the tax year pursuant to Code Section 199A. However, there are some limitations and adjustments to being able to claim the deduction. As discussed below, the deduction is not available for income from a list of disqualified activities and is also limited if the taxpayer (or the taxpayer's pass-through business) does not pay sufficient wages or invest in sufficient tangible depreciable property used in the business. Neither of these limits apply to taxpayers with taxable income that is below the threshold level.

The amount of QBI eligible for deduction from each qualified trade or business is subject to certain limitations. QBI is defined as the net amount of items of income, gain, deduction, and loss with respect to the trade or business. Certain types of investment-related items are excluded from QBI, such as capital gains or losses, dividends, and interest income (unless the interest is properly allocable to the business). Employee compensation and guaranteed payments to a partner are also excluded.

The SSTB exclusion does not apply to the extent the taxpayer's taxable income does not exceed the threshold amounts outlined in the Limitation section above.

Due to the Proposed Regulations being over 180 pages long, this alert addresses only some of the major provisions that affect non-corporate taxpayers.

Definition of Trade or Business

The Proposed Regulations provide some definitional context for certain types of SSTBs.

The Proposed Regulations define the term performance of services in the field of health to mean medical services by physicians, pharmacists, nurses, dentists, veterinarians, physical therapists, psychologists, and other similar healthcare professionals who provide medical services directly to a patient, excluding services not directly related to a medical field such as gyms, spas, payment processing, or pharmaceutical and medical device testing, manufacturing, or sales.

The Proposed Regulations define the term performance of services in the field of law to mean legal services by lawyers, paralegals, legal arbitrators, mediators, and similar professionals, but excluding services that do not require legal skills, such as printers, delivery or stenography.

The Proposed Regulations define the term performance of services in the field of accounting to mean services of accountants, enrolled agents, return preparers, auditors and similar professionals in tax return preparation, auditing, and bookkeeping services, regardless of state licensure, but excluding payment processing and billing analysis.

The Proposed Regulations define the term performance of services in the field of consulting to mean professional advice and counsel to clients to assist the client in achieving goals and solving problems. Consulting includes providing advice and counsel regarding advocacy with the intention of influencing decisions made by a government or governmental agency and all attempts to influence legislators and other government officials on behalf of a client by lobbyists and other similar professionals performing services in their capacity as such. The Proposed Regulations state that the performance of services in the field of consulting does not include the performance of services other than advice and counsel, such as sales or economically similar services or the provision of training or educational courses. The Proposed Regulations also provide that the field of consulting does not include consulting that is embedded in, or ancillary to, the sale of such goods (or services), if there is no separate payment for the consulting services.

The Proposed Regulations define the term performance of services in the field of financial services to mean services typically performed by financial advisors and investment bankers, which includes managing wealth, advising clients with respect to finances, developing retirement plans, developing wealth transition plans, providing advisory and other similar services regarding valuations, mergers, acquisitions, dispositions, restructurings, and raising financial capital by underwriting, or acting as the client's agent in the issuance of securities, and similar services.

The Proposed Regulations define the term performance of services in the field of trading to mean a trade or business of trading in securities, commodities, or partnership interests. Whether a person is a trader is determined taking into account the relevant facts and circumstances, and relevant factors include the source and type of profit generally sought from engaging in the activity regardless of whether the activity is being provided on behalf of customers or for a taxpayer's own account.

For taxpayers whose income exceeds the threshold amount, in order to qualify for the Code Section 199A deduction there must be sufficient wages paid to employees of the trade or business. The Proposed Regulations include rules for determining which taxpayer is allowed to report wages and is largely based on the rules under former Code Section 199. In general, the common law employer is the one entitled to include the wages, allowing for wages paid to leased employees or through a common paymaster to be eligible as wages for 199A purposes.

The W-2 wage limitation applies separately for each trade or business in the same manner the wages are allocated to those trades or businesses for purpose of producing the income from those activities. W-2 wages are properly allocable to QBI if the associated wage expense is taken into account in computing QBI.

Notice 2018-64 provides three methods for calculating W-2 wages which are very similar to the methods provided in former section 199 (the unmodified box method, the modified box 1 method and the tracking wages method.).

Determination of UBIA of Qualified Property

Taxpayers are also eligible for the deduction if they can use the basis of qualified property that is used in the trade or business. The Proposed Regulations identify the term "UBIA" to mean the unadjusted basis immediately after the acquisition of qualified property. The Proposed Regulations contain detailed rules for calculating UBIA. UBIA is determined without regard to any adjustments for any portion of the basis for which the taxpayer has elected to treat as an expense. Special rules are provided for like-kind exchanges, involuntary conversions, and other nonrecognition transactions.

The Proposed Regulations establish anti-abuse rules to prevent taxpayers from developing creative structures in order to fall within the purview of Code Section 199A rules. The preamble states that the Treasury Department and the IRS are aware that some taxpayers have contemplated a strategy to separate out parts of what otherwise would be an integrated SSTB, such as the administrative functions, in an attempt to qualify those separated parts for the section 199A deduction (the so called "crack and pack" strategy). According to the preamble, this strategy is inconsistent with the purpose of section 199A. The Proposed Regulations provide that a SSTB includes any trade or business with 50% or more common ownership (directly or indirectly) that provides 80% or more of its property or services to a SSTB. The Proposed Regulations also provide that, if a trade or business has 50% or more common ownership with a SSTB, to the extent that the trade or business provides property or services to the commonly-owned SSTB, the portion of the property or services provided to the SSTB will be treated as a SSTB (causing the related income to be treated as income from a SSTB).

The Proposed Regulations also provide that, if a trade or business (that would not otherwise be treated as an SSTB) has 50% or more common ownership with an SSTB and shared expenses (including wages or overhead expenses) with the SSTB, it is treated an SSTB if the trade or business represents no more than 5% of gross receipts of the combined business.

The Proposed Regulations further provide that if an individual who was treated as an employee for Federal employment tax purposes by the person to whom he or she provided services, and who is subsequently treated as other than an employee by that person with regard to the provision of substantially the same services directly or indirectly to the person (or a related person), is presumed to be in the trade or business of performing services as an employee with regard to such services. This presumption may be rebutted only upon a showing by the individual that, under federal tax rules, regulations, and principles (including common-law employee classification rules), the individual is performing services in a capacity other than as an employee. This presumption applies regardless of whether the individual provides services directly or indirectly through an entity or entities.

The Proposed Regulations also include an anti-abuse rule that disregards property as qualified property for purposes of the UBIA of qualified property limit if the property is acquired within 60 days of the end of a taxable year and disposed of within 120 days without having been used in a business for at least 45 days, unless the taxpayer can demonstrate that the principal purpose of acquisition and disposition was a purpose other than increasing the Code Section 199A deduction. 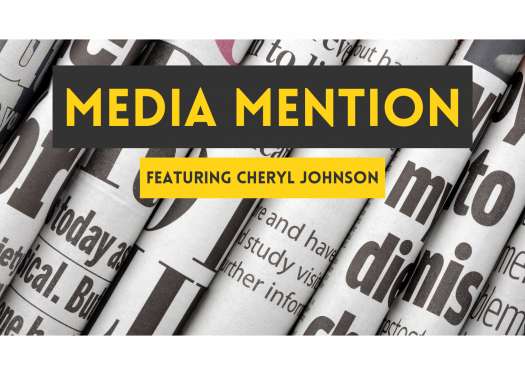