Many businesses and other borrowers, such as nonprofit organizations, that received Paycheck Protection Program (PPP) loans are now several weeks into disbursing their PPP loans for payroll, mortgage or lease payments, and utility payments. Businesses submitted applications to obtain their PPP loans in which a representative of the business made a number of certifications, including a certification that the loan was “necessary to support ongoing operations.” At some point in the future, many of these businesses will attempt to have some, or all, of the loans forgiven. Throughout this process, these businesses face exposure, including exposure to their own employees, some of whom may file “Qui Tam” lawsuits against their employers alleging violations of the False Claims Act. Each business participating in the PPP should be aware of the risk, and take steps to prevent or prepare for such potential lawsuits.

In response to the COVID-19 pandemic, congress passed the Coronavirus Aid, Relief, and Economic Security Act (CARES Act). The CARES Act is the largest emergency stimulus package in history, devoting trillions of dollars worth of government funds to address the devastating impact of COVID-19 on the U.S. economy through direct impacts of the disease itself as well as self-induced damage to the U.S. economy caused by shutdowns, shelter-in-place restrictions, and quarantines. The CARES Act includes a myriad of provisions to boost the economy, including the PPP, which offers billions of dollars of loans forgivable under certain conditions.

In order to secure PPP loans, businesses were required to submit “Borrower Application Forms.” These forms included various “Certifications and Authorizations” on the second page of the application packet. It is certainly likely that many applicants, in the rush to secure PPP loans, glossed over these certifications. However, several of these certifications may expose those businesses to litigation exposure for possible allegations of fraud or false claims.

Relevant Certifications under the PPP

Applicants for PPP loans certified, among other things, that:

The PPP Application requires that the certifications be made “in good faith.”

Most businesses applying for, and accepting, PPP loans are doing so with the hope and possible expectation that all or most of the loans will be forgiven, turning the loans essentially into grants. After a business has distributed its PPP funds and when it seeks loan forgiveness, it will be required to submit paperwork documenting what the money was spent on. Businesses making distributions of PPP loans are hopefully keeping meticulous records of those distributions. Such record-keeping will hopefully assist in obtaining substantial loan forgiveness. Such record-keeping might also assist in defending against future fraud claims.

Future fraud claims may come from individuals, including one’s own employees, in the form of “Qui Tam” lawsuits seeking recovery under the False Claims Act (FCA), 31 U.S.C. § 3729.

What is the FCA?

The FCA was enacted during the Civil War in 1863 following concerns that suppliers of goods to the Union Army were defrauding the government. The FCA provided that false claims to the government were liable for double damages plus further penalties. The statute has been repeatedly amended, including amendments in 1986 allowing for treble damages and raising the limits of further penalties. Violations of the FCA require knowledge of the falsity of claims made to the government, which can include actual knowledge, deliberate ignorance of the truth or falsity of the information, or reckless disregard for the truth or falsity of the information. The FCA definition of “claims” includes programs such as the PPP, in which the Federal Government is requested to reimburse the contracting party.

What is a Qui Tam lawsuit?

Why would an individual bring a Qui Tam lawsuit under the FCA?

An individual may choose to initiate a Qui Tam lawsuit against a business, asserting that the business committed FCA violations with regard to PPP loans. This could include allegations including, but by no means limited, to the following:

Why would an individual make such allegations? The most obvious reasons might include:

What can businesses do to protect against this potential litigation?

At this point, businesses have already made their “good faith” certifications in seeking PPP loans. Businesses will, in the future, be making further certifications or other representations in seeking possible forgiveness of those loans. In order to minimize the risks of a successful Qui Tam lawsuit under the FCA, businesses should be focusing on meticulous record-keeping of PPP expenditures and should carefully assess those expenditures for which it seeks loan forgiveness. It is not clear to what extent PPP loan forgiveness requests will be reviewed, but businesses should plan for close and careful scrutiny, particularly if the loan exceeded $2 million. Each payroll expense, mortgage or rent payment, and utility payment must be carefully documented.

If you have any questions or your business is facing a Qui Tam or FCA lawsuit, contact Phillip Bixby or another member of Verrill’s Litigation & Trial Group. 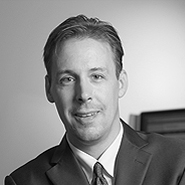