Certifications and Approvals for Pittsfield Solar, Which Will Be Largest Solar Farm in Maine When It Goes Into Service

In 2017, Verrill Dana represented Cianbro Development Corp. subsidiary Pittsfield Solar, LLC in obtaining regulatory approvals for a 9.9-megawatt ground-mounted solar array to be located on 54 acres in Pittsfield, Maine. Verrill helped Pittsfield Solar obtain community-based renewable energy project certification from the Maine Public Utilities Commission ("PUC"), Maine PUC approval for waivers relating to the interconnection and power purchase agreements between Pittsfield Solar and Central Maine Power Company, and Renewable Portfolio Standard certification. These processes involved critical negotiations with both the regulator and the utility. When fully in service, Pittsfield Solar will be the largest solar project in Maine by a factor of two. The first phase of the project will go into service in December 2017, while the remainder will go into service by spring 2018.

Solar PPA Negotiation on Behalf of Brunswick, ME Nonprofit

In 2016, Verrill worked with The Gathering Place, a nonprofit organization based in Brunswick, Me., in negotiating a solar power purchase agreement with Maine's largest solar installation company. The rooftop solar project was installed on The Gathering Place's newly constructed building and has been powering the building since January 2017. The Gathering Place provides a welcoming space for the community's homeless to gather, socialize, engage in hobbies, and just relax.

In 2015, Madison Electric Works, a consumer-owned electric utility in Madison, Maine, decided to develop a solar farm on land the utility owned next to their headquarters. They called on Verrill to provide legal guidance to facilitate the project's completion. Verrill helped the utility develop an RFP process to secure a vendor, and Madison ultimately awarded the contract to build and run the project to Ohio-based IGS Solar. Verrill advised Madison on the lease agreement for the solar facilities, the purchase power agreement, and the interconnection agreements between Madison Electric Works and IGS. In January 2017, the project was completed and about 26,000 panels covering more than 20 acres are expected to provide nearly 5 megawatts of power to Madison Electric Works and its customers. The new solar farm is currently the largest in the state, more than double the size of the Bowdoin College facility opened in 2014 – which was also developed with the assistance of Verrill's Energy Team.

More information about this project is available in the Portland Press Herald:

In 2015, we helped Emera Maine work with multiple stakeholders to pass legislation requiring the Maine PUC to facilitate an examination of alternatives to net energy billing to support solar energy development in Maine. To accomplish this goal, we successfully argued to legislators and other government officials that they should not adopt a half dozen other bills that would have raised electric rates in order to subsidize the cost of solar generation in Maine.

In 2014 and 2015, Verrill Dana advised Moody's Collision Center with respect to its investment in a substantial solar development at Maine Audobon in Falmouth. We provided counsel on the power purchase agreement between Moody's and Maine Audubon, as well as various agreements and warranties underlying the installation of the facilities. Verrill Dana attorneys also advised with respect to tax and real estate matters.

Verrill has represented solar energy developers and investors related to multiple projects throughout Maine and Massachusetts. We have provided permitting counsel and due diligence on solar projects ranging from a 1.5-MW micro-grid array in Brunswick to a proposed 100-MW project in the unincorporated area of Hancock County.

In 2017, Verrill represented North Haven Sustainable Housing in negotiating a solar power purchase agreement with Maine's largest solar installation company. The rooftop solar project is anticipated to be in service by the end of 2017 and will be installed on a newly constructed building on land donated to North Haven Sustainable Housing. The building will serve as housing for the elderly.

In 2013, Verrill represented First Wind in its acquisition and subsequent re-financing of several solar projects in Massachusetts. The projects are now supplying power to off-site users including the University of Massachusetts system.

Yesterday, the Maine Public Utilities Commission issued a request for comments related to the MPUC’s Net Energy Billing Report to the Legislature. The Commission broadly invited any interested person to submit information or comments... 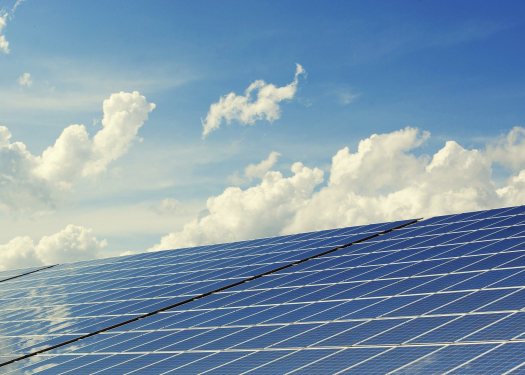 On Tuesday March 24, 2020, both the City of Portland and the State of Maine issued comprehensive new limitations on business establishments in order to further limit the spread of the coronavirus. Both actions...

The response to COVID-19 by states across the U.S. has continued to evolve rapidly. In Massachusetts, due to growing concerns over the spread of coronavirus, Governor Charlie Baker issued a “ shelter in place&rdquo...

Yesterday, all three Maine Public Utilities Commission Commissioners agreed to adopt a new standard for the determination of what facilities qualify as “discrete electric generating facilities” under the MPUC’s Distributed Generation and Net Energy...

Like many states, Maine is quickly imposing a wide range of measures designed to protect the public in response to the spread of the coronavirus, COVID-19. Almost daily, Maine Governor Janet Mills and other...

On Wednesday April 8, Verrill attorney and Portland Community Chamber of Commerce president James Cohen will moderate the Portland Chamber’s first-ever “virtual” Eggs & Issues on the subject of Maine’s response to the COVID-19...

Verrill seeks to hire an associate attorney to join our Portland office as a member of our Environmental and Energy Groups. Verrill is a full service law firm with more than 135 attorneys conducting...