As 2019 ends and 2020 begins, many executives and their employers may be entering into, amending and revising, or renewing employment agreements. It is important for both sides to get it right. An executive’s employment agreement will define expectations regarding role, responsibilities, and performance. It also will establish key contractual obligations for the executive and the employer concerning compensation and benefits, equity grants, the length or term of employment, early termination and its consequences, post-termination restrictions, and dispute resolution. Compensation, termination, and other provisions may implicate tax rules and trigger penalties.

Expressed in legalese, executive contract provisions may be described as “boilerplate” and routine. Later, if there is disharmony in the relationship or disagreement about the parties’ obligations, these provisions may critically affect the rights and obligations of the parties. While not exhaustive, executives and employers should carefully review how the following ten important considerations are addressed in the executive’s employment agreement:

An executive’s employment agreement typically will set an effective date and state that the initial term of employment will be for a period of years subject to earlier termination under other provisions of the agreement. In contrast, “at-will” employment can be terminated by either party at any time, for any reason that is not unlawful, and without advance notice. The contract should address whether the relationship is for a term or at-will, and whether the term will end at the expiration of the initial term or will automatically renew for extension periods absent advance notice.

If the agreement is for a term of years, it almost always will include a termination for “Cause” provision, which will allow the employer to terminate the executive’s employment immediately if he or she engages in certain acts or omissions against the employer’s interest, e.g. conviction of a felony. An executive will want the definition of Cause to be reasonably narrow and not unreasonably broad or vague. For conduct that is not egregious, the executive may want the right to receive notice concerning the specific grounds for Cause and an opportunity to cure the behavior to prevent termination. Executives often ask to include a “Good Reason” provision, which will allow the executive to terminate his or her employment immediately and receive severance or salary continuation, e.g. if the employer breaches its material obligations under the contract. Termination by the employer without Cause before the expiration of the terms may require a period of advance notice, e.g. 90 days, or trigger an obligation to pay severance or salary continuation.

An executive should know his or her basic compensation from preliminary discussions prior to receiving the proposed employment agreement. Some elements of compensation can be straightforward, e.g. annual salary paid in equal pay period installments, while others may be more complicated, e.g. formula-based incentive compensation. Bonuses may be discretionary or conditioned upon objective achievements. The contract terms should accurately reflect the parties’ preliminary agreements concerning compensation, bonuses, conditions to payment, annual increases, and the timing for payments.

The executive’s fringe benefits and other perquisites of employment may be stated in the agreement in only general terms with accompanying references to plan documents, policies, and procedures. Separate HR documents may need to be reviewed to understand the specifics concerning benefits, e.g. insurance coverage and premiums, enrollment periods, retirement plan service requirements, and carry-over of unused vacation time.

This section of the agreement may specify the executive’s expected duties and responsibilities, but also may impose obligations to perform “other duties as assigned from time-to-time” and may define, limit, or restrict the executive’s participation in outside business and professional development activities.

Special signing bonuses and relocation expense payments may be conditioned upon full or partial repayment by the executive in the event the executive voluntarily leaves his or her employment within some specified period after commencing employment. Such provisions may be incorporated in the employment agreement by reference to policy or plan documents.

Equity awards may include stock options, stock appreciation rights, restricted stock and restricted stock units. Important considerations for an executive receiving an equity award include the vesting period, the exercise period, and whether the award will accelerate and become fully vested if the executive's employment is terminated without cause.

Through non-disclosure/confidentiality, non-competition, and non-solicitation provisions contained in an employment agreement (or in an ancillary agreement presented to the executive at his/her start date), an employer may attempt to restrict an executive from working for competitors for some period after the executive’s employment ends. Generally, post-employment restrictions may be enforceable if: (1) they are necessary to protect the employer’s customer relationships or trade secrets/confidential information, and (2) are reasonable in duration, geographic reach, and the scope of proscribed activities.

Executive employment agreements typically specify the law that a court or arbitrator will apply to interpret the contract and resolve future disputes, as well as in what state such disputes must be litigated. Executives should be aware that they may be committing to the resolution of a future disagreement in a distant state.

If you have questions about employment agreements at your company, contact a member of Verrill’s Employment & Labor Group. 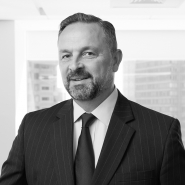