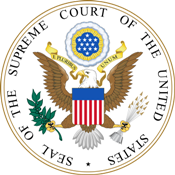 On March 29, 2016, the Supreme Court issued a one sentence decision in Friedrichs v. California Teachers Association: "The judgment is affirmed by an equally divided Court." Friedrichs is the second 4-4 decision of the term, a circumstance brought about by the passing of Justice Antonin Scalia in February.

As previously discussed here, the plaintiffs in Friedrichs sought to overturn a 1977 Supreme Court decision, Abood v. Detroit Board of Education, which held that public unions can make non-members pay agency fees. Both the District Court and the Ninth Circuit had dismissed the plaintiffs' case, finding that the outcome was controlled by Abood. Therefore, the plaintiffs' only chance of changing the law and overturning Abood was having the Supreme Court find in their favor. However, with the 4-4 split of the Court, the decision of the Ninth Circuit was affirmed, leaving intact Abood's holding and allowing public unions to continue collecting agency fees from non-members.

Many commentators had believed that Justice Scalia would vote to overturn Abood, which would have resulted in a 5-4 decision in the plaintiffs' favor. Although the plaintiffs were ultimately unsuccessful in overturning Abood, given the split in the Court and other recent decisions by the Supreme Court which cast doubt on Abood's continued viability, we can expect that this issue will be before the Court again in the future.

But for now, public unions can continue to charge non-members fees associated with the unions' representation of public sector workers. If you have a question about union fees or other aspects of union representation, contact a member of Verrill Dana's Labor & Employment Group.