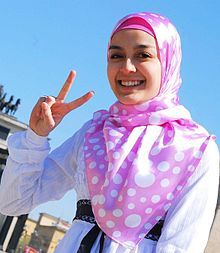 Yesterday the United States Supreme Court heard oral argument in EEOC v. Abercrombie & Fitch Stores, Inc., No. 14-86, a case previously discussed here, which seeks guidance from the Court as to whether job applicants must provide direct, explicit notice of their religious practices before an employer's accommodation duty is triggered under Title VII. The case stems from Abercrombie's failure to hire Samantha Elauf, a Muslim applicant, who wore a religious headscart to her job interview. The headscarf was prohibited under Abercrombie's "look" policy which does not allow employees to wear hats or caps.

The question before the Court was: What level of knowledge does the employer have to have before the duty to accommodate is triggered?

An underlying theme of the questioning was who in fact had the duty to initiate the accommodation dialogue—the interviewee or the employer? If an interviewee was unaware of the look policy, the EEOC argued, how would they know they would need an accommodation?

The Court asked a number of interesting questions, including the following exchange between Abercrombie's counsel and Justice Alito: Justice Alito asked whether the "look" policy was applicable during the interview stage. To which Abercrombie's counsel responded that it did not. Thus, Justice Alito responded that since the policy did not apply, Abercrombie would need to assume that Elauf would have worn the headscarf every day noting: "The reason that she was rejected was because you assumed she was going to do this every day and the only reason why she would do it every day is because she had a religious reason." Abercrombie's counsel, however, maintained that the standard the EEOC was arguing was not whether the employer was permitted to make an impermissible assumption about religion, but whether the employer has a duty to accommodate whether they have a correct understanding of the religious practice or a suspicion of that practice. Considering the line of questioning, many assume that the Justices are leaning towards finding in the EEOC's favor. The waiting game now begins for a decision. Be on the lookout this fall for a follow-up post when the Supreme Court issues its ruling.