“Capturing” the Affect of Pokemon Go in the Office 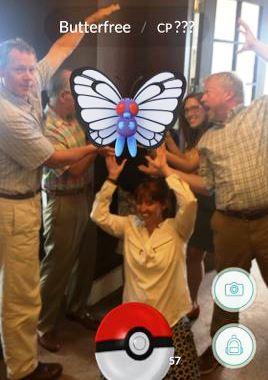 This is reality. This is not a test. There are Pokémon in your office. Well, maybe; it's more like there are not real Pokémon chilling outside your door, but more that in an augmented reality there are graphical elements placed within your real world. The thing is, either way, it can result in real productivity drains—likely 151 productivity drains (for those still learning that's how many Pokémon there apparently are to collect), but this blog post will only comment on a few. So let's get to it; while we have all seen people walking around waiving their phones in the air over the course of the last two weeks, have we sat down and considered the implications of this in the work environment?

While partially in jest, it's important to recognize that this craze carries with it a host of issues that could quickly turn into employment law nightmares. For questions about best practices for workplace policies and practices, contact a member of Verrill Dana's Labor & Employment Practice Group. For tricks and tips on best practices for capturing Pokémon, we're going to have to direct you elsewhere.