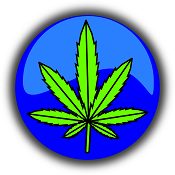 Yes, you read the title correctly, the employee was a state employee, who was smoking marijuana while working, in a work vehicle, while simultaneously possessing ¾ of an ounce of marijuana, but his termination has been found to be unwarranted. State of Connecticut v. Connecticut Employees Union Independent et al. (SC 19590)(official release August 30, 2016).

An hour and 50 minutes into his shift, the employee was observed "sitting in a state van parked in a secluded area of the health center campus," along with a coworker, and was seen "sitting in the passenger seat with the door open, smoking from a glass pipe." The employee had keys to the campus and could access "most of the health center campus, including the day care center, research laboratories and the hospital." When asked what he was doing, the grievant responded, "just *%@%! off," and then "acknowledged that he was smoking marijuana," and "surrendered two bags of marijuana that he had in his possession," which in total "weighed about three quarters of one ounce." As a result, the University of Connecticut Health Center (his employer) fired him. The employee contested the termination pursuant to the parties' collective bargaining agreement and an arbitrator held a hearing to determine if the dismissal was for "just cause."

What was the employee's "justification" you ask? Well,

He explained, with some detail, how he had brought his marijuana to work inadvertently,
and how, when he and his coworker were presented with about ten minutes of time "to kill" between working assignments, they decided to park in the secluded area where the police officer had discovered them. According to the grievant, when he realized that a glass pipe
in his possession was "smelly," he decided to smoke the residue in the pipe to eliminate the odor, and at that point was caught by the officer.

The arbitrator found the employee's "explanations as to why he had marijuana at work, and why he had decided to smoke from his pipe, were disingenuous." Despite this, however, the arbitrator concluded that termination did not "correspond with the notion of just cause," and in support of this finding, cited the employer's drug-free workplace policy, "which permitted termination for violations, but did not mandate it." (emphasis added.) Further, "[c]iting the principle of progressive discipline as a vital component of just cause that provides a path to rehabilitation under appropriate circumstances, the arbitrator concluded that termination was unwarranted." The employer appealed to the Superior Court and the Superior Court vacated the award, resulting in the case appearing before the Connecticut Supreme Court.

The question before the Connecticut Supreme Court was whether the arbitration award should be vacated as a violation of public policy. The Court starts the opinion noting: "there exists an explicit, well-defined and dominant public policy against the possession and recreational use of marijuana in the workplace." The question then became, as a result of the need to provide deference to an arbitrator's opinion, whether this public policy required dismissal as opposed to some other discipline. Ultimately, the court found, "the federal act, like the state policy it draws from it, does not require termination for drug related misconduct in the workplace, but rather, allows for the options of a lesser sanction or a rehabilitative approach." When reviewing each of the factors determinative in reviewing an arbitrator's opinion, the Court ultimately reversed the Superior Court's decision and affirmed the Arbitrator's decision.

In conclusion, the Court noted, "If an employer wishes to preserve the right to discharge employees guilty of misconduct such as that at issue in this case, thereby removing the matter from an arbitrator's purview, it remains free to negotiate for the inclusion of an appropriate provision in the collective bargaining agreement that would achieve that result."

For clients and friends who currently have collective bargaining agreements in Connecticut this is an extremely significant case and one which needs to be considered during the next round of negotiations. If you have additional questions on the possible effects of this decision on your company, contact a member of Verrill Dana's Labor and Employment Practice Group to discuss further.