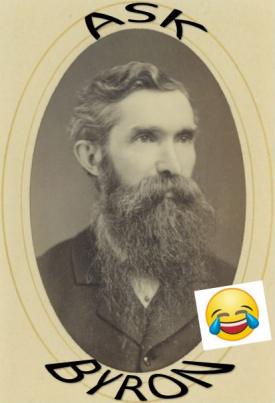 The other day an employee asked me what our policy is on emoji use in the office. We don't have a policy. Should we have a policy?

Absolutely! Interesting question A. Winker. I actually recently read an article that talked about the use of emojis in a business setting and whether it's appropriate. I dug a little deeper, however, and the research and advice from an operational standpoint appears to be divided and situationally (and culturally) dependent.

Tawny, hold up, let's jump back to what an Emoji is.

Sorry Byron. For those who are unaware, emojis are the facial images, thumbs up, and other images available, initially on smart phones and now electronic devices generally, to convey an emotion or words through pictures.

But, Tawny, what role do emojis have in the office and with employment law in general?

In the litigation context they are being used as evidence to support or defend claims of harassment. Think about it this way. Boss sends an email with a dirty joke to a few subordinates. In response subordinate one sends back a laughing emoji. Subordinate two responds, "you are too much, lol". Subordinate one later argues that he was the victim of a sexually hostile work environment and relies, in part, on the email with the dirty joke as evidence. As a defense, the employer argues that subordinate one was not objectively offended by the joke, as evidenced by the laughing emoji, in a similar way in which they would argue subordinate two also wasn't offended based on her "lol" (laugh out loud) response.

Bloomberg Law research indicates that emoji issues appeared in 12 federal employment lawsuits last year and in 2018, to date, have appeared in 5 lawsuits. Going back to A. Winker's question, however, I don't think that we are at a time in which we need to regulate or create a policy concerning the use of emojis—but every work culture is different. Whether you choose to have such a policy or not it is important that you have "emoji translators" on your side. Do you know what all the emoji's mean, both on their face and otherwise. Is the peach emoji just a peach, or being used to symbolize the gluteus maximus? It'll be important to know the difference. While the question of whether to have a policy is culture-driven, understanding the pros and cons of such policy is important. We hope this helps.

In case you missed it, last week's Dear Byron post discussed prior salary in a hiring context.