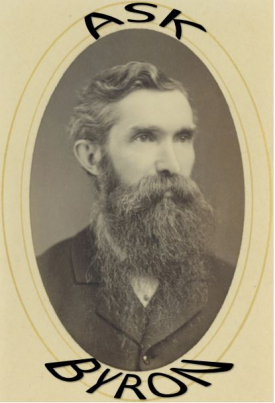 When I'm interviewing applicants for a new position is it okay for me to ask about prior or current salary at other employers?

Thanks for the note. When I started the firm in the 1860s this was definitely okay, but I didn't do it. Instead, I paid employees in whatever I got paid in—which was sometimes lobsters, and other days laundry for a week. I think I'll pass this one off to a colleague—Tawny, your thoughts?

Thanks Byron. Hugh, great question. The short answer is maybe, but it's definitely not best practices. In some jurisdictions, including Massachusetts and Puerto Rico, state law prohibits (or within the next few months will prohibit) questions of this nature prior to an offer of employment (with financial terms) being made. So, in those jurisdictions it's an easy no. But, even for employers who may not operate in one of these locations, the practice itself is high-risk under the Federal Equal Pay Act. Recently, the Ninth Circuit was asked to determine whether under the Equal Pay Act an employer can "justify a wage differential between male and female employees by relying on prior salary?" They noted that the answer was clear—No. (Rizo v. Yovino, No. 16-15372 (9th Cir. Apr. 9, 2018)).

In part, if you are going to ask for the information don't you want to be able to use it? For example, let's say you hire for two new positions with the plan to pay at $17.00 per hour (but you can afford to pay up to $21.00 per hour). You ask the individual what she made in her prior position and she says $16.00 per hour. You say, perfect, we'll pay you $17.00 per hour. She accepts. Next applicant walks in the door applying for the same position; similarly qualified, similarly intelligent, similar everything. You ask him how much he is making at his current position and he says $19.00 per hour. You say, the position pays $17.00 an hour. He says, sorry, I can't take that type of pay cut, I have to make $20.00 per hour or it doesn't make sense for me to leave my position. You're tired of interviewing, you want to get back to work, this is still within budget so you decide fine, $20.00 it is.

You're paying applicant two more because he negotiated it up—told you what he was currently making and you paid him that amount to secure him—but you simultaneously appear to have created an inequality between two similarly situated positions. If asked in a lawsuit the reason for the difference, you'll likely respond, well they both ended up making one dollar more than they were making previously, so they're still similar. The similarity, however, is simply furthering the wage gap. That, position isn't going to cut it under the Equal Pay Act and generally is higher-risk behavior.

I hope this helps Hugh, and best of luck in your next round of applicant interviews.