Does Your Social Media Policy Need An Anti-Parasitic Drug? 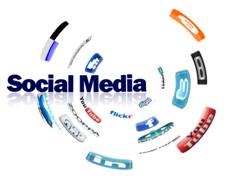 My Facebook news feed blew up last week with reaction to Martin Shkreli's company, Turing's, 5,000% increase in the price of the anti-parasitic drug Daraprim from $13.50 per pill to $750 per pill. While an interesting case study in ethics, politics, and how health care and pharmaceuticals are managed in our culture, on its face the problem likely didn't make you think about employment law issues—but it should.

As the news of Mr. Shkreli's price hike hit the media, reporters quickly uncovered information concerning Mr. Shkreli's past—including a recent lawsuit filed in the Southern District of New York alleging breach of the duty of loyalty on the part of Mr. Shkreli as to his former company Retrophin(a biotech company he started at the age of 29). In that suit, Retrophin is seeking more than $65 million in damages. In addition to the breach of the duty of loyalty lawsuit, Mr. Shkreli, during his time at Retrophin, was accused in an unrelated lawsuit by a former Retrophin employee of engaging in a social media attack against the former employee and his family (allegedly hacking into the former employee's social media accounts as well as threatening the former employee's family through text messages and Facebook). As a result (or at approximately the same time), Mr. Shkreli was removed as the company's CEO.

Mr. Shkreli, as the CEO of Turing, is the face of the company and his flippant personal Twitter account @MartinShkreli (now private) led to a collective outrage, finally leading to the decision to decrease Daraprim's price. But the interesting thing about this whole case is that no one was talking about Turing as a company—Turing's decision to increase the price, or Turing's past practices (which is partially understandable considering the company is less than a year old)—instead the focus was on Shkreli.

We often advise clients as to the importance of having a social media policy that complies with NLRA requirements. We advise on what actions can permissibly be taken when an employee posts information regarding your company or the "terms and conditions of their employment" on social media. Additionally we advise on the appropriate (and inappropriate) ways in which social media can be used as a tool in the hiring process and during investigations.

What we do not usually talk about is how your executives' use of social media can be a PR nightmare for your company—see Mr. Shkreli above. Last week, Forbes published an article entitled "3 Reasons Why Leaders Should Use Twitter to Strengthen Their Own (Personal) Brands" ; it is an interesting read, but one which should be read while simultaneously understanding how this effects the employment relationship. While valuing an executive's desire, or ability, to develop a "professional brand" through social media, it is important to make sure that this "professional brand" does not come at the cost of the company they represent.

That Daraprim is an anti-parasitic drug is apt when we think about social media. Many companies recognize the benefits inherent in the use of social media, but also recognize the need to control the use of it so that employees' use of the tool does not occur at the employer's (or the host if we are talking in parasitic terms) expense. Accordingly, this is a good time for us to review some social media policy Do's and Don'ts that are applicable to companies when dealing with both employees and executives:

If your company does not currently have a social media policy, or you are currently questioning how to handle executive use of social media (whether personally or on behalf of the company) contact a member of Verrill Dana's Labor & Employment team to further discuss.