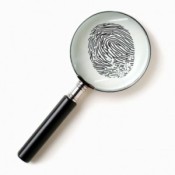 Approximately 18 months ago we discussed the United States District Court for the District of Maryland's ruling that the EEOC had failed to show that an event-planning company's use of criminal background checks, as well as credit checks, resulted in a disparate impact against male and black applicants.

On Friday, the 4th Circuit Court of Appeals affirmed the District Court's decision to refuse to allow the report of purported expert witness Kevin Murphy, an industrial and organizational psychologist, to be admitted as he found that the expert "cherry-picked" data that included a "mind-boggling number of errors." The Appeal also noted that Mr. Murphy's testimony had been excluded in a case brought in the Sixth Circuit against Kaplan, Inc. and Judge Steven Agee's concurring opinion notes: "It troubles me that the commission continues to proffer expert testimony from a witness whose work has been foundly rejected in our sister circuits." The opinion is available here.