How Not to Handle a “Jezebel Spirit” 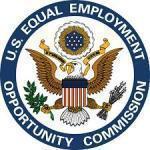 The answer is fairly obvious: don't refer to someone as having a Jezebel Spirit. If this happens, however, and an employee can't help but make the reference, pray (literally and figuratively) that it is not a manager.

Last month, Lisa McKinley filed a lawsuit against the Salvation Army in Roanoke Virginia alleging a sexually hostile work environment. Her allegations included lewd statements from co-workers as well as multiple statements from her supervisor. The supervisor statements began at the time of her interview and are alleged (in the Complaint) to have continued throughout her employment, including statements regarding her dress, perfume, attractiveness and other similar subjects.

Ms. McKinley alleged that Mr. Moffitt referred to her as a Jezebel and noted that he had fallen "under her spell." Mr. Moffitt allegedly has confirmed that he referred to Ms. McKinley as having a "Jezebel spirit" when the case was pending before the EEOC. This case operates as an important reminder of the importance of not just sexual harassment training, but manager training as well.