by Elizabeth Connellan Smith on February 25, 2016
Share This Page 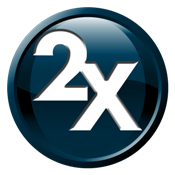 Many of you are aware of the Medicare Secondary Payer Act, or MSP. It was enacted to stop cost-shifting from a third party who is responsible for payment of medical costs onto Medicare. We see this issue arise in workers' compensation when an employer/insurer contests responsibility for medical treatment because the employer/insurer believes the evidence shows that the medical treatment is for non-occupational injuries or conditions. By law in Maine, once a disagreement over the work-relatedness of medical treatment is made manifest, the employee may still get the desired treatment, and alternative insurance must pay, with recovery possible from the employer/insurer only if work-relatedness is established by Decree or agreement. Often, Medicare is the alternative insurer.

The MSP provides for two causes of action to aid in enforcement: 1) the government itself may sue the "primary payer" to recover any money paid by Medicare for treatment later found to be the responsibility of the third party "primary payer"; or 2) private citizens may collect double damages by bringing suit themselves against the "primary payer". While most are unfamiliar with this private citizen right to recover double damages, a few savvy individuals in various jurisdictions outside of Maine are testing the limits of those rights under the MSP. Employees alleging work-related injuries in North Carolina and Michigan have recently brought suit under the second enforcement prong with mixed results. In the Michigan case, the employee prevailed even though the determination of work-relatedness was on appeal at the time the civil suit was filed. The employee in North Carolina was less successful, but only because the suit was filed before any determination at all had been made as to work-relatedness. A similar situation could easily arise under a Maine Human Rights Act claim, if medical treatment were alleged to be an employer's responsibility.

We bring this trend to your attention, kind reader, as a cautionary tale. If you find yourself in a situation where an employee is asserting a work-related claim of any type that you dispute, and that claim involves medical treatment that might be paid by Medicare in the first instance, reach out for advice on the timelines under the MSP for reporting, contesting or repaying any such liens.