In Electing to Change 57-Year-Old Precedent, the NLRB Further Shortens the Time Employers Have to Respond to a Union Campaign 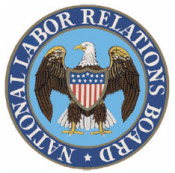 On January 29, 2016 the NLRB issued a decision in which it changed (under the guise of clarifying) one of the election rules for mail-ballot elections. See Guardsmark, LLC and Int'l Union, Security, Police, and Fire Prof'ls of Am., 363 NLRB No. 103 (2016). At issue was at what point in a mail-ballot election the prohibition on holding a mass campaign meeting—commonly known as a "captive-audience meeting"—goes into effect. The rule is clear in manual elections: employers and unions are prohibited from holding a captive-audience meeting within the 24-hour period prior to the election. However, the timing of the prohibition when an election is conducted by mail-ballot has apparently been a source of confusion for the Board.

In a decision from 1959, the Board held that the captive-audience prohibition in mail-ballot elections begins when the ballots are scheduled to be mailed to members of the petitioned-for unit by the Regional Office. Oregon Washington Telephone Co., 123 NLRB 339 (1959). Despite that bright-line rule, the Board in Guardsmark noted that recent decisions had suggested that the captive-audience prohibition actually goes into effect 24 hours before the ballots are scheduled to be mailed. Such decisions, the Board said, were consistent with the rule in manual elections. Therefore, in order to bring the mail-ballot election rule in line with the manual election rule and to "achieve the clarity, uniformity, and simplicity that a single rule for all elections will provide," the Board overruled Oregon Washington Telephone and held that the captive-audience prohibition goes into effect 24 hours before ballots are mailed.

Board Member Miscimarra dissented. He stated that there was no valid reason to change the rule established by Oregon Washington Telephone because the rule in that case was already clear and consistent with the manual election rule. The 24-hour prohibition was enacted by the Board out of a concern that last-minute speeches to mass assemblies of employees on company time have an "unwholesome and unsettling effect" and tend to interfere with employees' thoughtful choice of how to vote. Thus, the Board held that captive-audience meetings could not take place within 24 hours of a manual election. The rule for mail-ballot elections, which set the start of the prohibition at the time of mailing, was a logical extension of the 24-hour rule, Member Miscimarra wrote, because employees would not receive the ballot for at least 24 hours following mailing. Therefore, the time of mailing rule provided the same, if not greater, protection as the 24-hour rule in manual elections. In changing the rule, the Board all but guaranteed that in mail-ballot elections there will be a 48-hour prohibition on holding captive-audience meetings prior to employees actually receiving the ballot. Member Miscimarra wrote that the Board's decision "creates a double standard that . . . lacks any rational justification."

The practical effect of the change in the captive-audience rule for mail-ballot elections is that it further shortens the time employers have to respond to a union campaign. The new rules for all union elections that went into effect in April 2015 drastically shortened the time that it takes to go from filing the petition to the election. While the rule changes had little effect on unions—as the unions have already garnered significant support prior to filing the petition—the changes work a disadvantage to employers because they have less time to change employees' minds about unionization. Every day matters in a union campaign, and in changing the captive-audience rule for mail-ballot elections, the Board has essentially taken one of those days away.