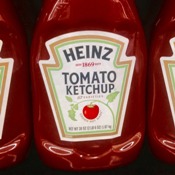 Last month a group of individuals filed a class action lawsuit accusing the former H.J. Heinz Co. (now Kraft Heinz) of breaching an agreement the company had with executives in which the company would make donations to charities as part of the benefit package. The Complaint is premised on breach of contract and unjust enrichment.

The named plaintiffs alleges that in July 1989, Heinz created a benefit program available to 125 senior managers that would allow the company to make a contribution to a qualified charity of the employee's choice of between $1,000 and $4,000 annually for five years to the Heinz Foundation. The agreement entered into by the employee and the company would allow Heinz to take out life insurance policies on the participants, which would help fund the Company's obligation. Heinz then allegedly could transfer these policies to the employee's designated charity if Heinz underwent a "change in control."

In June 2013, Berkshire Hathaway bought Heinz. After the buyout, Plaintiffs allege that the plan's administrator sent a confirmation to the employees of the charitable award amounts but a year later, sent letters stating the buyout was a "change of control" and that the company was exercising its option to transfer the life insurance policies previously secured to the charitable organizations, and that the plan would be terminated. The termination letter allegedly noted what the death benefit payable under the policy would be, but each number was about 40% less than what was originally promised.

Remedies sought by the Plaintiffs are enforcement of the original benefit plan and costs and expenses of the lawsuit. If your benefit plans may be impacted by a "change in control" contact a member of Verrill Dana's Labor & Employment or Employee Benefits & Executive Compensation groups