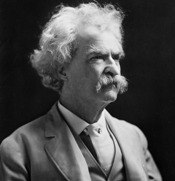 Are reports of the death of the manager's rule greatly exaggerated?

Gentle reader, as you know, the manager rule is a common defense to whistleblower or retaliation claims and holds that a management employee who disagrees with or opposes their employer's actions in the course of their normal job performance, does not engage in protected activity. Instead, it is only when an individual crosses the line from being an employee performing their job, to one essentially lodging a "personal" complaint, that they engage in protected activity.

The rule has been under attack on a number of fronts, ranging from the EEOC's proposed guidance on retaliation to a decision by the First Circuit earlier this year. Recently, however, a U.S. District Court in Alabama granted summary judgment for an employer in a Title VII retaliation case based on the rule.

Long story short: in McMullen v. Tuskegee University, the Court concluded that because the University's former Director of Human Resources admitted that part of her job included providing advice on personnel issues, comments she made opposing the firing of another employee who'd made sexual harassment claims did not constitute protected activity and the School was entitled to summary judgment on her retaliation claim.

The opinion can be found here. It remains to be seen whether this decision will be an aberration, or merely forestalls the demise of the manager rule. Who knows? However, it does show that some things are harder to kill than others.