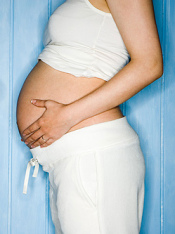 Yesterday the Supreme Court issued its much-anticipated opinion on the Pregnancy Discrimination Act in Young v. UPS vacating the Fourth Circuit's (and District Court's) grant of summary judgment in favor of the employer, UPS. We've previously discussed the background of the case here and here, but for our new readers, the general overview is that Ms. Young sued her employer UPS after it refused to accommodate her lifting restrictions during the course of her pregnancy. UPS's policy was that it would make work accommodations in three discrete instances: 1) on the job injury; 2) after an employee fails a DOT certification; and 3) if an accommodation is necessary under the ADA. UPS argued that Ms. Young's pregnancy fell into none of the three exceptions and thus no accommodation for her lifting restriction could be made and she remained out of work the whole of her pregnancy.

The District Court awarded summary judgment in favor of UPS finding that the policy did not discriminate against pregnant individuals and Ms. Young was unable to maintain her burden under the McDonnell Douglas burden-shifting analysis as she was unable to show that UPS's policy was pretextual or motivated by discrimination. This finding was affirmed by the Fourth Circuit and the Supreme Court granted certiorari on July 1, 2014. The focus of the case and argument was on the second clause of the Pregnancy Discrimination Act and what the clause "other persons . . . similar in their ability or inability to work" meant.

The Court quickly rejected Ms. Young's position that the statute grants pregnant workers a "most-favored-nation" status. The Court also rejected the EEOC's recent guidance on the issue noting that the timing of the guidance (after certiorari had already been granted in this case) was suspect and when coupled with the fact that the guidance took a position that was inconsistent with positions the Government had long advocated, found the guidance to be unreliable. Similarly, the Court rejected UPS's argument that the second clause is used to "define sex discrimination to include pregnancy discrimination," finding that such a reading would not account for Congress's intent to overrule the Court's previous ruling in Gilbert.

Instead the Court crafted its own interpretation of the clause. The court's reading ultimately decreases the employee's burden under the McDonnell Douglas burden-shifting analysis when analyzing a claim under the PDA. After an employer provides a legitimate non-discriminatory reason for the actions—such as a facially neutral policy—the employee will now be able to overcome that non-discriminatory reason by simply showing that the facially neutral policy imposes "a significant burden" on pregnant workers. The pregnant individual no longer has to show pretext or any discriminatory motivation but instead only needs to set forth facts to suggest that the policy creates a "significant burden." Accordingly, it will be harder for employers to prevail on summary judgment motions under the PDA and employers will need to carefully scrutinize accommodation policies when applying them to pregnant individuals to make sure that no "significant burden" is imposed.

If you have further questions regarding how the Young decision could affect your current accommodation practices of pregnant women please contact a member of Verrill Dana's Labor & Employment practice group.