NLRB Rules Northwestern Players Are “Outside the Field of Play” 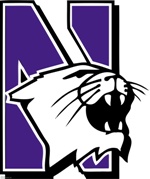 Yesterday the NLRB issued a ruling in the Northwestern football players' attempt to unionize-- previously discussed here and here. While last year the Chicago office had issued a ruling permitting a group of 85 Northwestern University football players who receive university scholarships to form a union, the NLRB disagreed. In a unanimous decision the Board noted: "After careful consideration of the record and arguments of the parties and amici, we have determined that, even if the scholarship players were statutory employees . . . it would not effectuate the policies of the Act to assert jurisdiction." The majority of the opinion was focused on the Board's determination that the nature of sports leagues and the composition and structure of FBS football were factors in the Board's finding that exercising jurisdiction would "not promote stability in labor relations." Accordingly, by refusing to exercise jurisdiction, the Board made clear throughout the opinion that it was not determining whether these college athletes were in fact employees under the Act.

The decision, however, did not close the door to similar attempts at college-player unionization and specifically noted: "we are declining jurisdiction only in this case involving the football players at Northwestern University; we therefore do not address what the Board's approach might be to a petition for all FBS scholarship football players (or at least those at private colleges and universities)." Moreover, the Court noted that its decision "does not preclude a reconsideration of this issue in the future," if the circumstances change in such a way that the factual underpinnings of the Board's conclusion change.