Overtime Update to Have Wide Reaching Effect on Employers 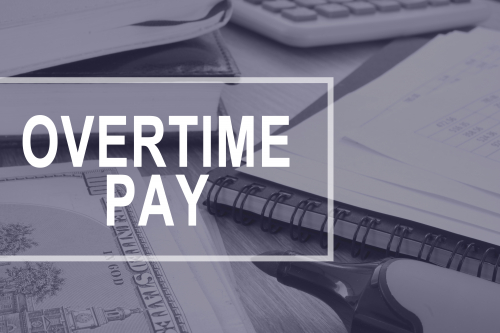 Today, September, 24, 2019, the U.S. Department of Labor announced a final rule to increase the salary threshold necessary to remain an exempt employee. The change is estimated to affect 1.3 million American workers under the Fair Labor Standards Act (FLSA). Below is a synopsis of the facts embodying that rule.

The final rule updates the earnings thresholds necessary to exempt executive, administrative and professional employees from the Fair Labor Standards Act's (FLSA) minimum wage and overtime pay requirements, and allows employers to count a portion of certain bonuses/commissions towards meeting the salary level. The new thresholds account for growth in employee earnings since the thresholds were last updated in 2004.

What you need to know

Additionally, the Department intends to update the standard salary and HCEs total annual compensation levels more regularly in the future through notice-and-comment rulemaking.

Prior to this final rule, the FLSA set a threshold of $24,000 per year for an individual to meet the salary basis test to qualify as an exempt employee under the FLSA (in addition to meeting the duties test for exemption). In 2016, the Obama administration attempted to increase the salary threshold to $47,476.00. The proposal prior to this ruling called for a federal yearly required salary (under the FLSA) of $35,300; however, the final federal ruling raises the yearly standard salary level to $35,568. In many states, the local or state wage and hour law already required a salary threshold of higher than $24,000 per year in order to classify an individual as exempt.

What you need to do

Audit your exempt employees. Are any of them making less than $35,568 per year or less than $684 per week? If they are, you have until January 1, 2020, when the change takes effect to change the employee's compensation structure. This may include:

If you have questions or concerns about how this change will affect your business, please reach out to Tawny Alvarez or another member of Verrill's Employment & Labor Group.