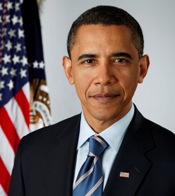 Late last year we posted on the NLRB's finalized rules governing union election procedures which shortened the time period for employers to educate its workforces about the pros and cons of unionization. In response, the U.S. House of Representatives voted 232-186 to use the rarely exercised Congressional Review Act to overturn the NLRB rule and the resolution passed the Senate in March on a 53-46 vote. Yesterday, however, President Obama vetoed the congressional resolution. Read more here.