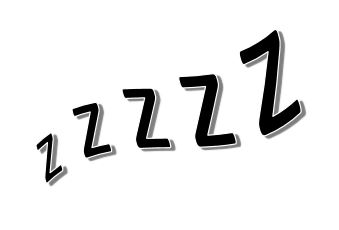 Jacob Abilt (not his real name) was a covert employee for the CIA until his employment was terminated in October 2011. After his termination Abilt argued that despite having informed the CIA he had been diagnosed with narcolepsy, he was terminated as a result. The facts are limited, as the court noted: "Many of the basic facts regarding Abilt's employment with the Agency are classified, as are the job responsibilities and even the identities of most of his former supervisors and co-workers." What was made public is that as an accommodation, Abilt requested that he be permitted to take periodic naps; a request which his then-supervisor granted. Abilt, however, was then assigned to temporary duty yonder (TDY) overseas in a warzone. He accordingly was assigned a new supervisor. The new supervisor witnessed Abilt sleeping and delayed the TDY assignment by 30 days; then later, the assignment was delayed 6 months due to concerns regarding the narcolepsy. This pattern of delays continued. Abilt filed complaints with the EEOC alleging disability discrimination in 2009 and 2010. In 2011, the EEOC issued a decision rejecting the claims as unsupported. Abilt was ultimately terminated and filed a discrimination suit. The case was dismissed and the dismissal was upheld by the Fourth Circuit as a result of the fact that the litigation would result in the disclosure of privileged information. Specifically, the Court noted: "Abilt suffers dismissal of his claim 'not through any fault of his own, but because his personal interest in pursuing his civil claim is subordinated to the collective interest in national security." The full decision is available here.