SHOW ME THE MONEY....At the Right Time and In the Appropriate Form, Please 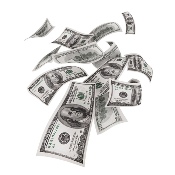 Wage payment and the laws that regulate it are important to your business. Making sure you can cover payroll each month is extremely important to most small businesses, as is making sure that no liability is created in how those wages are paid. The last few weeks have brought this concept center-stage in Massachusetts.

Last month a Massachusetts court held that an employer violated Massachusett's wage payment statute when it paid a terminated employee by electronic fund transfer when the unpaid wages were not accessible by the employee on the day of termination. The statute at issue provides: "any employee discharged from . . . employment shall be paid in full on the day of his discharge." In Clermont v. Monster Worldwide, Inc., the company terminated the employee and that same date, through its bank, issued an electronic transfer of funds to the Plaintiff's bank account in the amount of $26,401.50. The funds appeared in the Plaintiff's account the next day. The court found that this was a violation of the statute as a result of this delay. It is unclear of what the penalty will, however, be as further factual development needed to occur for the court to determine whether any damages resulted from the violation.

Moreover, earlier today, Wing Environmental, Inc. and its CEO Ronald Mulcahey were charged with theft, tax evasion, and making false ERISA statements after paying workers $723,607 in cash between 2008 and 2011 to avoid taxes and payments to a union pension fund. These actions further resulted in allegations that the company avoided paying approximately a quarter million dollars in taxes and Social Security paymets.

The importance of following both state and federal wage and hour laws can not be understated; and as evidenced above, failure to appropriately follow such laws can lead to both civil and criminal penalties.