WARNing: You Could be Personally Liable

"Can I be personally liable?" Directors, officers, and managers of business entities frequently ask that question of their attorneys. A recent Delaware decision reveals an important area of potentially huge personally liability involving a sudden shutdown caused by insolvency.

The Wisconsin Department of Labor filed a $1.56 million WARN Act claim in the bankruptcy case on behalf of the employees. The bankruptcy trustee then sued the Golden Guernsey's sole member (MILK) as well as its president and former manager (who was also the manager of MILK) for damages caused by failure to give the WARN Act notice. The managers filed a motion to dismiss on the ground that the alleged facts, even if true, did not give rise a valid legal claim. The managers argued that the company was already insolvent at the time when they might have give the WARN notice, and that the additional liability caused by closing without having given the notice merely deepened the insolvency. Since Delaware has rejected the "deepening insolvency" theory of director and officer liability, the managers argued that the complaint did not state a valid cause of action against them.

The court rejected the managers' arguments, pointing out that the issue was breach of fiduciary duty, not deepening insolvency. The court stated that under Delaware law, an LLC's controlling owner, manager and president owe a fiduciary duty to the company. Further, "[w]here directors fail to act in the face of a known duty to act, demonstrating a conscious disregard for their responsibilities, they breach their duty of loyalty by failing to discharge that fiduciary obligation in good faith." (Quoting In re Bridgeport Holdings, Inc., 388 B.R. 548, 564 (Bankr.D. Del 2008)). The court noted that the managers and officers "maintained the Debtor's operations until the last moment, thereby exposing Debtor to the WARN Act claims." Accordingly, the court held that the bankruptcy trustee had properly stated a cause of action and therefore survived a motion to dismiss.

The court also rejected the members' argument that the trustee lacked derivative standing to sue on behalf of the LLC's creditors, finding that the trustee is the sole representative of the estate created by Golden Guernsey's bankruptcy filing, and had authority to pursue all of the estate's interests, including claims for damages.

The Golden Guernsey case provokes interesting questions, and will be worth following. Although the following are framed in terms of "managers," all of the following questions apply with equal force to directors and officers. First, one of the defendants is the sole member of the debtor LLC. On what grounds is the member liable? The complaint alleges that the member "was involved in management." Is that enough?

Second, the decision does not say whether the failure to give the WARN notice caused any actual harm to creditors. Will the managers be liable even if the large claim of the Wisconsin DOL does not lower the dividend to unsecured creditors, e.g., because the dividend would have been zero even without the $1.56 million claim? This seems to be the essence of the managers' deepening insolvency defense, which the court rejected at the motion to dismiss phase of the case.

Third, if exposing an entity to damages for failure to provide a WARN notice is a breach of fiduciary duty, then will members have de facto strict liability for the statutory damages awarded to workers? If so, then managers would be well advised to be hyper vigilant about providing the notice or qualifying for the exception. The personal risk of not paying careful attention to cash projections could be extremely high.

Fourth, managers have generally not been found liable for debts incurred during a slide into bankruptcy. Why should WARN liability be different?

Verrill Dana's Bankruptcy and Creditors' Rights Practice Group as well as the Labor and Employment Practice Group work with businesses to help them assess the risks of different courses of action, including in financial distress situations.

1These states have Mini-WARN statutes with provisions that are similar, but not identical, to the Federal WARN Act. 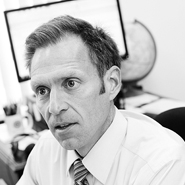