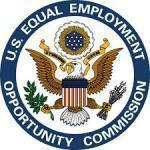 On Friday, November 4, 2016, the Western District of Pennsylvania issued an order denying the Defendant's Motion to Dismiss in EEOC v. Scott Medical Health Center (No. 2:16-cv-00225) finding that a claim of sexual orientation discrimination is a form of sex discrimination prohibited by Title VII of the Civil Rights Act. The order, penned by U.S. District Judge Cathy Bisson, refuses to adopt the Third Circuit's prior rulings that sexual orientation is not a protected class under Title VII, noting that there have been "significant intervening legal developments that call into question how the [Third Circuit] evaluated Title VII in Bibby" and also noted that in Bibby, the Court was not faced with the same arguments that the EEOC had presented in the current matter.

The EEOC's press release regarding the matter is available here. While many state laws already prohibit discrimination on the basis of sexual orientation, the ruling in Scott Medical Health is one of a minority to find that the current language of Title VII provides such protection. For more insight and analysis contact a member of Verrill Dana's Labor and Employment Practice Group.