When It Is Not A Laughing Matter 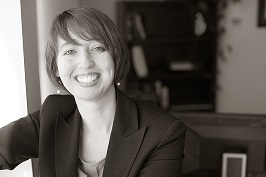 While this blog does attempt to bring humor to employment law, we by no means make light of the difficult issues that corporations are faced with when interacting with employees. This blog post will not be filled with puns or YouTube videos, but instead will focus on the events of the last week.

Over the last week society has been inundated with information from a wide variety of sources concerning ISIS, National Security, and a compelling mixture of tangentially related topics. Many people have "defriended," "unfollowed," or otherwise tweeted their displeasure with acquaintances' views on immigration, Paris, Beirut, terrorism, and other related topics. These are not issues that should, or even could, be disregarded or hidden, but they are also topics that bring with them a host of employment issues when they are discussed in the workplace, specifically national origin and race.

National Origin- CNN has reported that "Trump has repeatedly suggested it would be 'insane' to allow Syrian refugees into the U.S. for fear that terrorists could infiltrate their ranks." Whether political discussions concerning Donald Trump's recent statements, or similar comments from your employees, be mindful of the potential for a hostile work enviornment claim insomuch as employees are labelling all Syrians as terrorists.

Religion- In the same report, CNN notes that Trump has also openly stated he would "consider shutting down mosques" and that the creation of a "national database for Muslims" is an issue that the country may need to look at very closely. Again, whether discussions are concerning a politician's statements or your employees beliefs, be mindful of the potential for a hostile work environment claim with regard to religious discrimination.

While we spend a great majority of our waking hours at work with colleagues, it is important to remind employees about effective and ineffective ways that these types of discussions can occur. Make sure that if you do overhear discussions regarding related topics that you pay close attention to not only what people are saying but the context in which they are talking about the issues. Verrill Dana's Labor & Employment Practice Group is here to help to guide you through these difficult issues that may develop in your workplace.