When Pain and Suffering is Anything But

by Elizabeth Connellan Smith on August 22, 2016
Share This Page 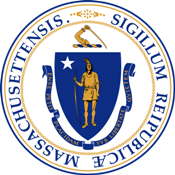 The Court, in DiCarlo v. Suffolk Constructions Co., Inc., et al. consolidated two 2014 Appeals Court decisions involving employees injured in the course of employment who had reached settlement agreements with the third parties responsible for their injuries. Back in 2011, the Appeals Court had ruled that damages recovered in a third party action attributable to claims of pain and suffering were not subject to an insurer's lien under workers' compensation law, as the workers' compensation law does not compensate injured employees for those types of claims. That decision, Curry v. Great American Insurance Company, was not roundly accepted, as many practitioners felt that the decision was unconstitutional. The DiCarlo case has now definitively settled the question of whether pain and suffering damages are subject to a worker's compensation lien, and further, has opened some dialogue on what will and what will not pass muster as a reasonable allocation for pain and suffering in any third party settlement.

The Court in DiCarlo concluded that the term "injury", as used in Section 15, should be construed narrowly to mean only the injuries for which workers' compensation benefits are payable to an injured worker. As a result, damages recovered for "pain and suffering" would not be subject to an insurer's lien; rather, only wage replacement, medical expenses and other damages for which workers' compensation would be paid fall within the ambit of the Section 15 lien.

In practical terms, this decision is likely to make it easier to settle third party claims involving a workers' compensation lien, as insurers will no longer be able to argue that damages sought and recovered for claims of pain and suffering fall within the lien, resulting in less back-and-forth over proposed settlements of third party actions. As well, employee counsel will be wise not to attempt to shelter the majority of a damage recovery under the category of "pain and suffering", as any settlement is, by Statute, required to be examined and approved by either a judge or a panel of the Department of Industrial Accidents after a hearing, at which the insurer has a right to be heard. Keep in mind that a judge or the Department of Industrial Accidents are empowered only to accept or reject a settlement proposal, so wise defense counsel will continue to file alternative proposals when too much of the settlement is allocated to "pain and suffering".

For more information on rights and duties of employers under Massachusetts workers' compensation law, contact the attorneys in the Labor & Employment Law group.