While There WAS No "I" in Defendant, There Is Now: New Hampshire Supreme Court Finds Individual Liability in State Anti-Discrimination and Anti-Retaliation Statutes 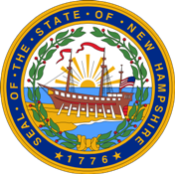 The case was before the Supreme Court on two certified questions from the United States District Court for the District of New Hampshire. Specifically, the questions before the court were:

The court answered both questions in the affirmative. The facts before the court related to two former employees of Fred Fuller Oil Company who sued the Company for sexual harassment and retaliation. The plaintiffs simultaneously sued a Fuller Oil employee, Frederick J. Fuller, in his individual capacity. Shortly after the plaintiffs filed suit, the defendants sought to prohibit the plaintiffs from asserting the individual claim against Frederick Fuller. The district court did not allow the plaintiffs to assert the individual claims and shortly thereafter Fuller Oil filed for bankruptcy protection. With that background, the above-stated issues were certified to the New Hampshire Supreme Court.

In analyzing the anti-discrimination statute, the court noted that the statute makes it unlawful for an employer to commit certain acts and defines "employer" as not including "any employer with fewer than 6 persons in its employ." The Court noted that under the aiding and abetting portion of the anti-discrimination statute, however, the text specifies that "any act" of aiding, abetting, etc. would be unlawful without reference to "any act" of "an employer." The court noted that no language in the statute specified who could be held liable for aiding and abetting. As a result, the court looked at other subsections of the statute, including the portion of the statute that governs the procedures for filing a complaint under the statute. There, the language indicates a complainant can file a complaint against a "person, employer, labor organization, employment agency or public accommodation alleged to have committed the unlawful discriminatory practice complained of." N.H. R.S.A. 354-A:21, I(a) (2009). The definition of "person" under the statute includes, "one or more individuals," which the court read as permitting individuals to be liable for aiding and abetting unlawful employment discrimination.

As to the retaliation question, the court again turned to the statutory text, finding that the statute provided "any person engaged in any activity to which this chapter applies," may not "discharge, expel or otherwise retaliate" against any individual based off of the protected complaints. The court found that the term "engaged in any activity to which this chapter applies" is not limited to the activities of the employer, but also can be applicable to individuals. Relying on the previously identified definition of "person," the court noted, "[h]ad the legislature intended to limit liability for retaliation in the workplace to employers, it could have expressly done so." By using, "any person" as opposed to "employer," however, the court found that it was the legislative intent to expand the liability. The court ended the decision by noting that "if the legislature disagrees with our interpretation of RSA 354-A:19, it is, of course, 'free to amend the statute as it sees fit.'"

New Hampshire employers—as well as any/all New Hampshire workers—who are employed in a work environment with six (6) or more employees should take note of this decision. Employers should review their liability policies to determine what insurance coverage—if any—they have to protect employees from individualized liability. Additionally, further, more robust, and regular anti-discrimination and anti-retaliation training is recommended to help to guard against such claims—and the now accompanying individualized liability that can attach. For further information about this ruling, or to discuss best practices, contact a member of Verrill Dana's Labor & Employment Practice Group.