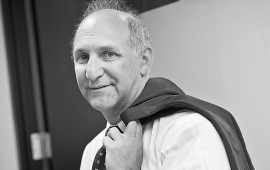 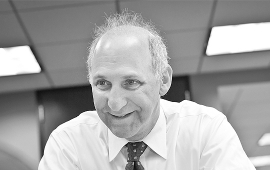 In a victory for consumers and the ride-hailing public, the Massachusetts Supreme Judicial Court recently barred the Secretary of State from placing on the November ballot initiative petitions proposed by companies such as Uber, Lyft, and Doordash that sought to insulate them from liability for automobile accidents and other wrongs committed by their drivers. The consumers were represented by Thomas Bean and Sarah Grossnickle from Verrill Dana LLP and M. Patrick Moore from Hemenway & Barnes LLP.

The Court held that the initiative petitions did not meet the requirement in Article 48 of the Massachusetts Constitution that ballot questions to include only subjects “which are related or which are mutually dependent.” The Court held that the petitions failed the “related subjects” requirement because they contained “at least two substantively distinct policy decisions.” The initiative petitions sought to classify drivers for rideshare and delivery companies as independent contractors and provide certain minimum compensation and benefits. But “buried in obscure language at the end of the petitions” were provisions that also narrowed the scope of tort recovery for third parties, including those who may have been injured in traffic accidents caused by the negligence of app-based drivers, or even sexually assaulted by them.

The Court noted that voters may “strongly approve of better wages and benefits for drivers struggling to make ends meet in the gig economy, but at the same time strongly oppose limiting their own rights to recover money damages from network companies if the tortious actions of drivers who provide services through those companies’ platforms cause them injury.” The Court concluded, “[p]etitions that bury separate policy decisions in obscure language heighten concerns that voters will be confused, misled, and deprived of a meaningful choice -- the very concerns that underlie art. 48's related subjects requirement.”

The Massachusetts Supreme Judicial Court appointed us to investigate and, if appropriate, prosecute a Clerk-Magistrate for wrongdoing. After a six-day trial and appeal to the state supreme court, the court, for the first time in fifteen years, ordered the removal of a Clerk Magistrate from office. In re Powers, 465 Mass. 63 (2013).

We represented the Massachusetts Board of Public Accountancy in defending against a First Amendment challenge to a state law that barred accountants who were not certified public accountants from describing themselves as “accountants,” with any modifier such as “expert” or “qualified,” or as “public accountants.” The Supreme Judicial Court upheld the constitutionality of the law in favor of our client. Volin v. Bd. Of Public Accountancy, 422 Mass. 75 (1996).